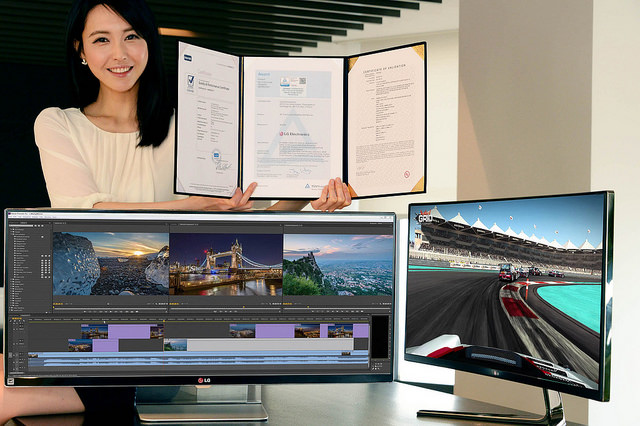 SEOUL, Jan. 27 (Korea Bizwire) — Driven by strong sales of its CineView monitors – 21:9 ratio UltraWide specialty displays – LG Electronics is set to expand its lineup and grab a bigger share of the global market.

The Seoul-based electronics manufacturer announced that it will increase its CineView monitor lineup to 20 models under 12 series, an increase of 50%, with varied sizes including 25, 29 and 34 inches catering to different tastes for ultrawide displays.

LG’s newer version 21:9 displays already grabbed the attention of industry watchers last year. With their unique usability appealing to gamers as well as stock traders and other financial professionals, the new models garnered favorable reviews ahead of their debut at CES in Las Vegas earlier this year.

LG said overall sales for CineView monitors increased about 200 percent compared with the previous year, raising the prospect of increased demand in the B2C market. The company had initially aimed at the B2B market as its main sales target.

LG’s gaming-dedicated monitor (34UM67), the company’s first 21:9 monitor, is designed specifically for graphics-intensive gaming, and features AMD’s FreeSync technology, which LG said “eliminates the screen tearing that occurs when the monitor and graphics card are out of sync.”

LG’s betting big on “niches” in the monitor market has paid off. As PC game lovers are increasingly intent on an “immersive experience,” the 21:9 monitor has won over a growing base of such specialty-monitor seekers. Games like World of Warcraft or Battlefield 4 already support 21:9 resolutions to meet the demand of gamers with ultrawide displays, with more game titles expected to follow suit.