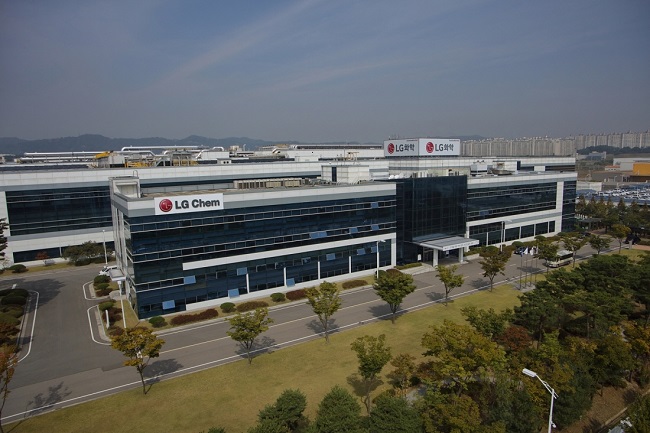 The move will pave the way for LG Chem to launch the new entity — tentatively called LG Energy Solutions and to be wholly owned by LG Chem — on Dec. 1.

In September, the world’s largest supplier of EV batteries announced a plan to spin off its battery business to better cope with growing demand from global automakers that have been racing to roll out eco-friendly vehicles.

LG Chem has said the spin-off is meant to secure massive capital for investment at a time when it spends more than 3 trillion won (US$2.6 billion) in facility investment per year.

LG Chem said it will study the possibility of an initial public offering of the new entity, though it said no decision has been made yet.

In September, LG Chem Chief Financial Officer Cha Dong-seok suggested that the new entity is likely to be listed on the stock market in late 2021 or early 2022.

LG Chem broke ground on its battery cell assembly plant in the Lordstown area of northeast Ohio in the first half of this year in a joint venture with U.S. auto giant General Motors.

The Ohio plant will be LG Chem’s second EV battery-making facility in the United States following its Michigan plant built in 2012.

LG Chem has also four battery plants — one each in South Korea and Poland, and two in China.

LG Chem has said its order backlog for EV batteries is currently valued at more than 150 trillion won.

LG Chem is a key supplier of batteries for electric vehicles, including those of GM, Ford, Renault, Volvo, Audi, Volkswagen and Daimler, as well as South Korea’s largest carmaker, Hyundai Motor Co., and its smaller affiliate, Kia Motors Corp.

LG Chem has said it is on track to boost its production capacity to 100 gigawatt hours by the end of this year, which is enough to supply batteries for about 1.7 million electric cars.