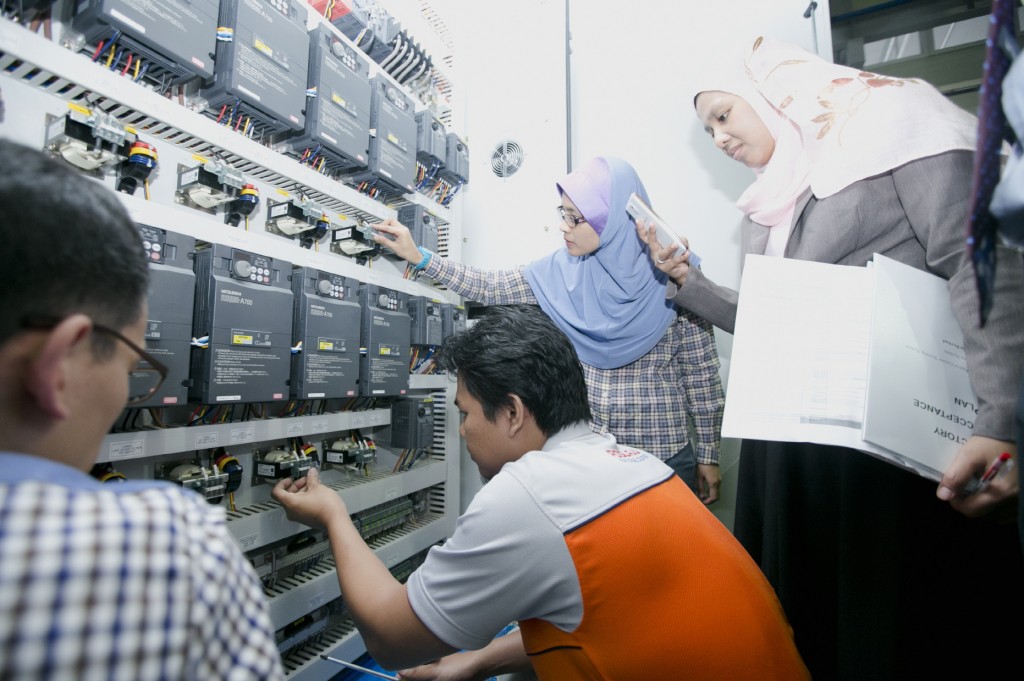 LG CNS said on August 19 that it will begin establishing the automatic package sorting system for the integrated parcel center of PosLaju, Malaysia’s largest package delivery service provider that recently transformed itself into a private entity.

Last week, the company held an event to test the solution at its company headquarters, with PosLaju COO Ahmad Najmi bin Mahfodz and other managers in attendance. The total volume of the project is estimated at 20 million ringgit (US$6.32 million). The project will be completed by May next year.

Until recently, Malaysian package delivery service providers have relied on 100-percent manual process to sort and deliver packages. As the number of packages increased, the Southeast Asian country’s deliver service operators decided to establish the integrated parcel center. Beginning with the first processing center, PosLaju will build a total of ten such centers across the nation.

“Viva Sorter,” the crossbelt sorter solution developed by LG CNS, is capable of sorting packages at high speed. It is estimated Viva Sorter will create an import substitution effect of at least 50 billion won a year by helping domestic package delivery service companies save cost from using imported crossbelt sorts.