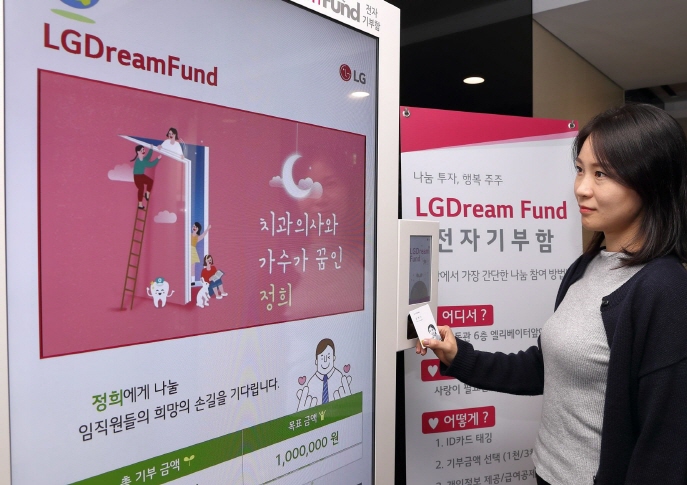 The company said employees can swipe their identity cards on the kiosks and make donations ranging from 1,000 won (US$0.88) to 10,000 won, which will be automatically deducted from their paychecks.

LG Display said the project was designed to encourage employees to participate in making contributions to the community.

Employees can look at monitors at the kiosks to see information on people needing help.

LG Display said the kiosks are significant as they simplify the process of making donations.