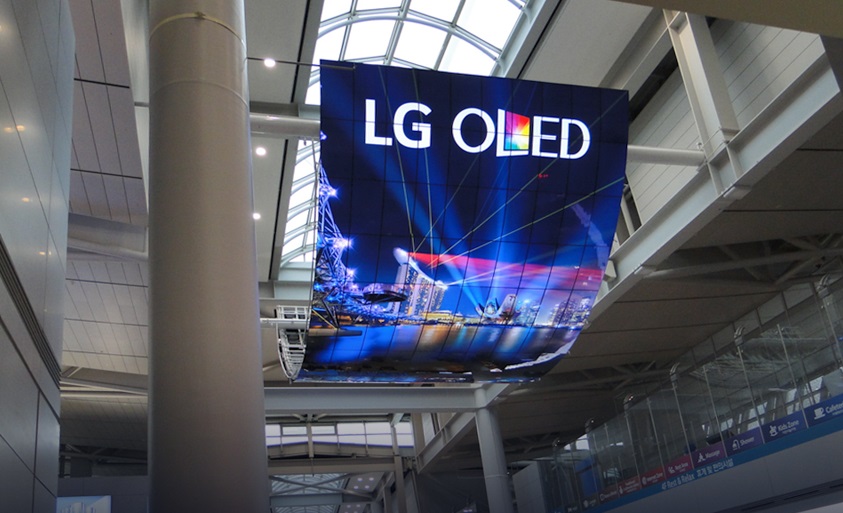 The company said in a regulatory filing that its net profit came to 43.6 billion won (US$40.7 million) in the October-December period, compared with 824.7 billion won a year earlier.

Panels for TVs accounted for 40 percent of revenue in the fourth quarter, followed by panels for mobile devices and tablets, with 28 percent and 18 percent, respectively, the company added.

“The downward trend in panel prices is anticipated to continue, but prices are expected to stabilize at the end of the first quarter,” LG Display Chief Financial Officer Kim Sang-don said in a press release.

“In 2018, we will speed up our shift to an OLED-focused business structure in order to strategically prepare for the future by investing around 9 trillion won,” he added, referring to organic light-emitting diode panel. OLED technology has been garnering more attention in the industry as an alternative to liquid crystal display (LCD) panels.

Shares of LG Display closed up 5.85 percent at 32,550 won on the Seoul bourse Tuesday, outperforming the broader KOSPI’s 1.38 percent gain. The fourth-quarter report was released before the market opened.