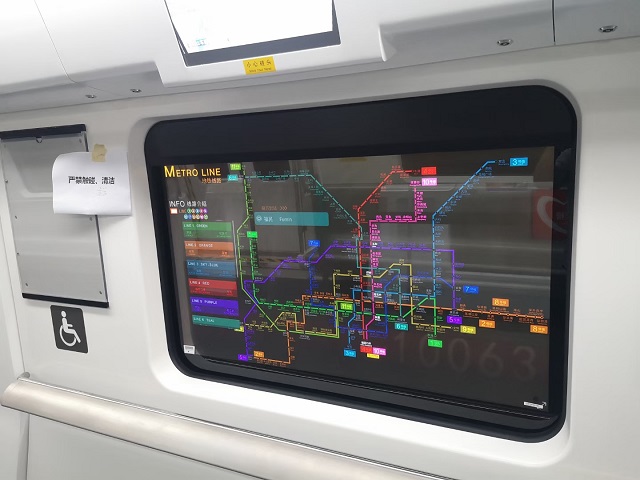 This photo provided by LG Display Co. on Aug. 21, 2020, shows the company’s transparent OLED panel installed as a window on a subway train in Shenzen, China.

SEOUL, Aug. 21 (Korea Bizwire) — LG Display Co. said Friday its transparent OLED panels have been installed on subway windows in China as the company tries to expand its product portfolio amid weak earnings.

The 55-inch OLED display shows various information, from news to a subway transit map, in real time on a moving train. The company said it will try to supply more transparent OLEDs to subway trains in major cities.

LG Display, the world’s leading large-size OLED panel maker, has been promoting its transparent OLED products, saying they could be used in various areas, such as shop windows, smart homes and future vehicles.

According to consulting firm Prescient & Strategic Intelligence, the global transparent display market is expected to grow to US$4.9 billion in 2024, with average annual growth of 46 percent.

LG Display hopes its latest transparent OLEDs can help improve its earnings. In the first six months of the year, the company posted an operating loss of 878.9 billion won (US$741 million) and a net loss of 702.7 billion won.