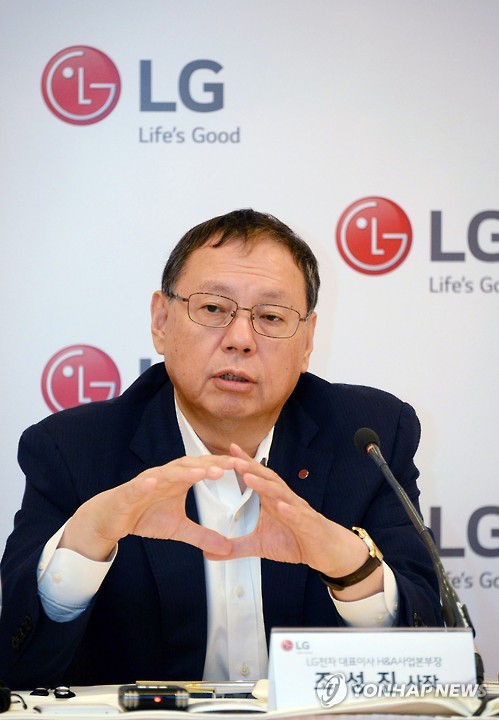 Jo Seong-jin, 60, head of LG’s home and appliance business division, took the post of chief executive and was promoted to vice chairman, the company said in a statement.

Jo, a high school graduate with no bachelor’s degree who joined LG Electronics in 1976, was credited with helping LG’s home appliance business post healthy profits at a time when its smartphone business suffered prolonged losses.

It is the first time that a high school graduate has become a vice chairman of LG, company officials said.

In October, LG Electronics reported a 3.7-percent decline in its third-quarter operating profit as it marked the sixth consecutive quarterly loss for its smartphone business.

LG either promoted or reassigned 58 executives in the reshuffle in a response to the global downturn and in a move to reinvigorate the company.

LG Corp. said the expansion of Vice Chairman Koo’s role is aimed at increasing affiliates’ competitiveness at a time when the global economy is slowing and external uncertainties are growing.