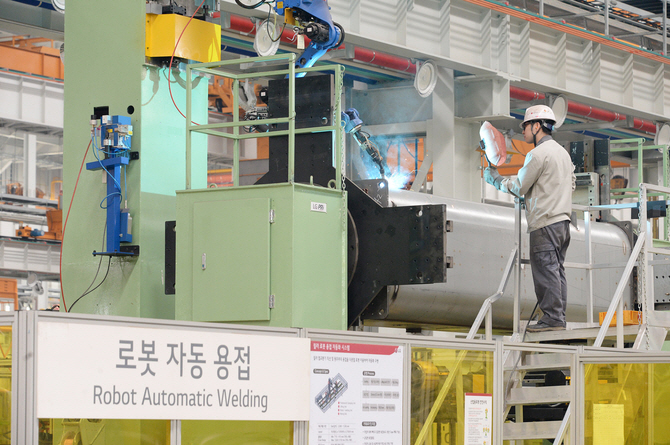 The South Korean tech giant said the chiller market could become a new growth engine for its air-conditioning business, claiming that its sales will grow 10 percent annually down the road.

A chiller refers to a cooling facility that manages large-sized buildings’ temperature through heat exchangers.

LG Electronics saw its sales of chillers reach 350 billion won (US$306 million) last year, taking up 20 percent of its business-to-business sales of the air conditioning products.

The global market for chillers is currently largely dominated by U.S. brands, including Carrier, Trane and York.

In line with the steps to beef up the chiller business, LG invested 200 billion won last year to relocate its production facility from the southwestern city of Jeonju to Pyeongtaek, south of Seoul.

Based on its know-how from home air conditioners, LG said all parts related to its chiller products are based on South Korean technologies.