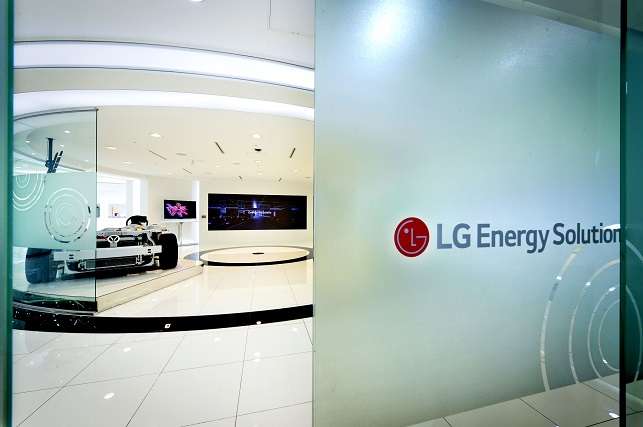 Net income came to 226.6 billion won (US$179.5 million) in the January-March period, compared with a net profit of 433.6 billion won the previous year, South Korea’s top battery maker said in a regulatory filing.

“There were many factors that added uncertainties to management, such as the rise in raw material prices, auto chip supply shortage, and supply disruptions from the Russia-Ukraine conflict,” LGES CFO Lee Chang-sil said in an earnings call.

LGES revised up this year’s investment to 7 trillion won from 6.3 trillion won announced earlier this year, given various projects that are expected to get under way, such as setting up joint ventures and building an independent factory in North America and expanding the cylindrical battery production line in China.

LGES said it aims to boost its global production capacity to 520 gigawatt hours (GWh), enough to run about 7.42 million high-performance EVs, by 2025 from the 200 GWh target by the year-end.

This year’s sales target is set at 19.2 trillion won, up by 1.3 trillion won from last year’s. It expects to see double-digit growth in revenue for the second quarter.

As of end-March, the company has an order backlog of 300 trillion won, an LGES official said in the earnings call.

LGES said there is limited impact from China’s lockdown as supply schedules are planned for after the lockdown.

The international sanctions on Russia over its invasion of Ukraine have brought “no direct or indirect” impact as it is swiftly working with partners to prevent supply disruptions, it said.

To improve profitability, LGES said it will “actively respond” to the fluctuating raw material prices and metal supply.

It is looking to forge more long-term deals with or bolster strategic investment in suppliers of key materials like lithium, nickel and cobalt to better ensure stable supply of the materials and price competitiveness.

LGES will also work to develop solutions for better thermal resistance in pouch products and cobalt-free batteries to improve quality and stability.

It will also speed up efforts to bolster digitalization at its factories to enhance the cost advantage and competitiveness in manufacturing, the company said.

Shares in LGES slipped 1.3 percent to 418,000 won on the Seoul bourse Wednesday, almost in line with the broader KOSPI’s 1.1 percent fall. The earnings results were released before the market opened.