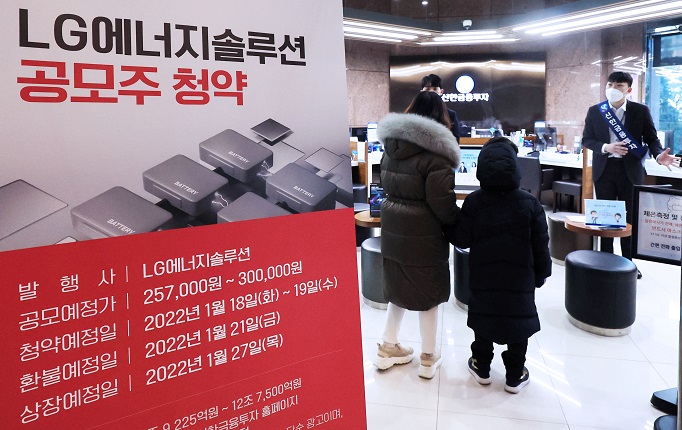 The company attracted 114.1 trillion won (US$95.8 billion) in deposits from some 4.4 million retail investors through seven brokerage firms that collected the bids during the two-day subscription, according to the IPO managers, including KB Securities Co.

The competition ratio for the retail bids came to 69.34 to 1, LGES said.

That priced the IPO at the top end of 300,000 won per share, tipping the company to raise 12.75 trillion won in what will be the country’s biggest-ever IPO set for next Thursday.

LGES said its joint venture with General Motors Co. operates a plant in Michigan and is building two others in Ohio and Tennessee. Its European plant is based in the Polish city of Wroclaw.

The battery maker also has partnered up with global carmaker Stellantis N.V. to build a battery plant in North America.

LGES, whose key clients include Volkswagen, Tesla and Hyundai Motor, has a cumulative order backlog worth about 260 trillion won, the company said.