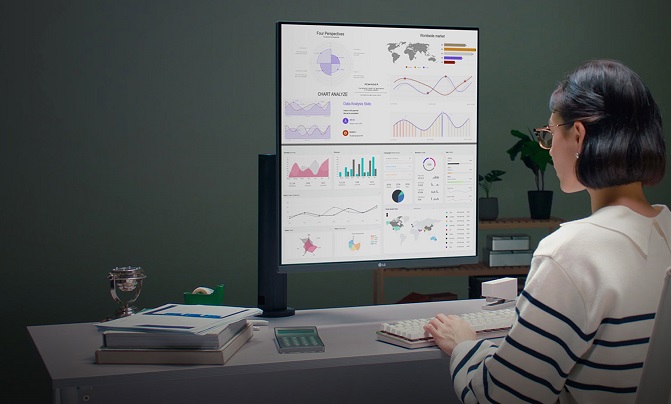 SEOUL, May 16 (Korea Bizwire) – LG Electronics Inc. announced the Korean market release of a new monitor called the DualUp that is optimized for those who need to multitask.

The latest monitor has the same screen real estate as two 21.5 inch displays and has a vertical split view function that lets users see more in one glance.

The brand-new monitor can swivel 335 degrees and pivot 90 degrees, and has an adjustable height up to 165 millimeters.

LG said that the new monitor is best for those who multitask regularly, including designers who often need to review various files at the same time.

In addition, the cutting-edge monitor supports picture by picture (PBP) function that displays the screens of two PCs on a single display.

Also available is the keyboard/video/mouse (KVM) switching function that allows users to alternately control two PCs connected with one keyboard and mouse.