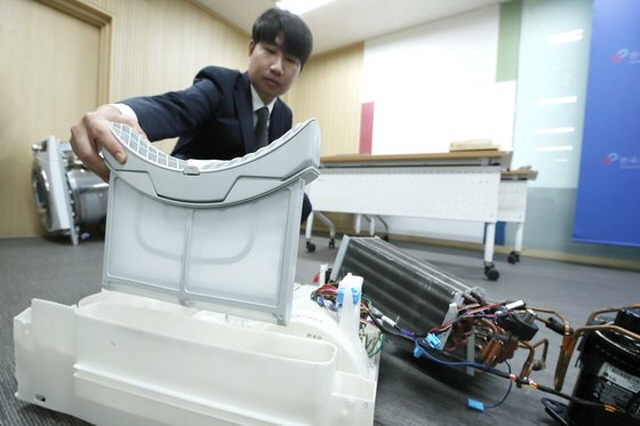 An employee at the Korea Consumer Agency shows a condenser, a key part of a clothes dryer made by LG Electronics Inc., at its office in Seoul on Aug. 29, 2019. (Yonhap)

LG last month announced a voluntary recall of its clothes dryers sold in South Korea and promised free services to repair the dryers.

Its move came after a series of consumer complaints that too much lint and dust accumulated in the condenser, a part that removes humidity by circulating air inside the tumble dryer.

However, the company then didn’t accept the Korea Consumer Agency’s proposal to pay 100,000 won (US$86) as compensation to each consumer who bought its dryers, citing that it is fully complying with its quality assurance program.