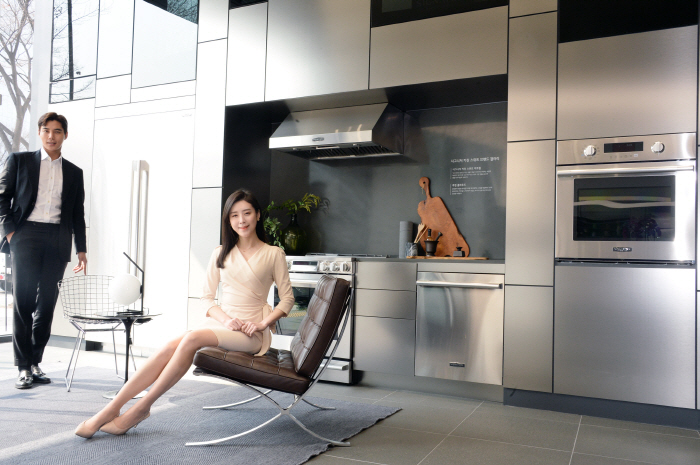 SEOUL, May 16 (Korea Bizwire) — LG Electronics Inc. is swinging its home appliance business into high gear to focus on what it is good at and provide a buffer against its sluggish mobile business amid toughening global competition, market watchers said Thursday.

When it comes to brand image, South Korea’s No. 2 electronics maker is a trend setter in the TV and household industry with innovative, cool gadgets. But LG Electronics, considered a laggard in the smartphone market, is struggling to buttress its mobile business amid snowballing losses.

Its latest financial statement clearly shows where LG stands now and gives clues about its shift in business strategy to become profitable.

Its lackluster mobile business weighed on its balance sheets as it logged an operating loss of 204 billion won in the January-March period due to flattening smartphone demand in the global market, marking the eighth consecutive quarterly deficit.

As there is no end in sight to the prolonged slump in the mobile business amid the slowing smartphone market, LG has increasingly focused on premium TVs and household appliances to improve its bottom line, and it seems to be going in the right direction, analysts said.

“The worsening fine dust has changed people’s perception about the air quality at home, driving up sales of new lifestyle products such as air purifiers, clothes dryers and garment care systems,” Noh Kyung-tak, an analyst at Eugene Investment & Securities, said.

LG claims its household goods related to air quality have a competitive edge thanks to a wide range of products and comprehensive care services for rental users.

As a result, LG posted 292 billion won in sales from its appliance rental service last year, up from 161 billion in 2017. 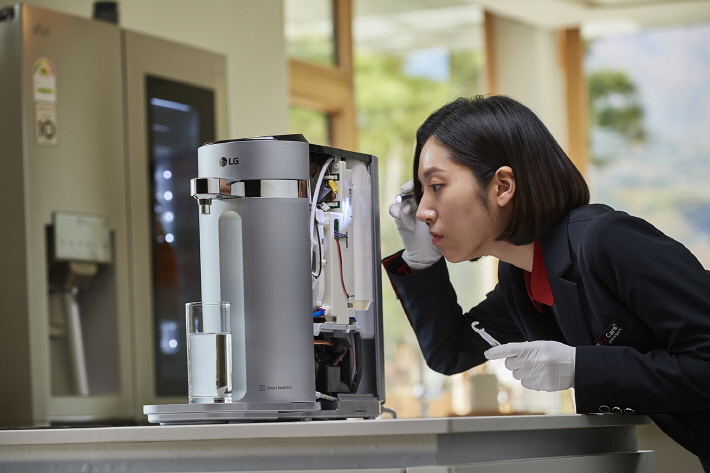 LG has also aggressively promoted its cordless vacuum cleaners to claim the top spot in the fast-growing home appliance segment.

British brand Dyson had a dominant position in the cordless vacuum cleaner segment with a nearly 80 percent share in the domestic market in 2016, but the industry landscape changed in 2017 after LG launched its own version of the high-end product.

LG’s cordless stick cleaners took about 50 percent of sales in South Korea in 2018, followed by Dyson with 40 percent, according to industry data compiled by electronics makers and retailers.

In the home entertainment section, LG is also moving to speed up its shift to the OLED market as a supply glut in LCD TVs by Chinese manufacturers has squeezed its margins in recent years.

In March, LG released its latest OLED lineup in three sizes, with prices ranging from 2.7 million to 18 million won, much more expensive than its LCD TVs that mostly cost less than 1 million won.

To add to its lineup, the company plans to release an 88-inch 8K OLED TV and a rollable OLED TV to pit against Samsung Electronics Co.’s premium TV lineup.

LG said it aims to raise the ratio of OLED TV sales from 20 percent in 2018 to 25 percent when its new OLED factory in China starts production later this year.

“We will accelerate OLED TV growth when the panel production capacity expands in the second half of this year,” Brian Kwon, the head of LG Electronics’ home appliance division, said in a press briefing in March.

All of these efforts come as LG is trying to make up losses from its mobile business, which has been sandwiched between Samsung and Apple in the high-end market and Chinese manufacturers in the lower-end segment.

According to industry tracker Strategy Analytics, the market share of LG smartphones in South Korea fell from 17.4 percent in 2017 to 14.3 percent last year. Its share in the North American market also declined from 16.9 percent to 15.9 percent over the period.

Despite LG’s aggressive marketing for its first 5G smartphone and relocation of its local production line to Vietnam, its efforts were seen as not enough to catch up with market leaders, leaving its home appliance business as one of the bright spots for the time being.

Experts were optimistic about LG’s home appliance and TV business in the second quarter on the back of strong demand for air conditioners and premium TVs, while projecting a downbeat outlook for its mobile business.

“The home appliances and TV businesses are expected to post robust earnings in the second quarter on strong demand for air conditioners in the peak season and increased shipments of high-end TVs,” Koh Jung-woo, an analyst at NH Investment & Securities, said.

“The mobile business may expand operating losses due to increased marketing costs for its smartphones in the global market.”