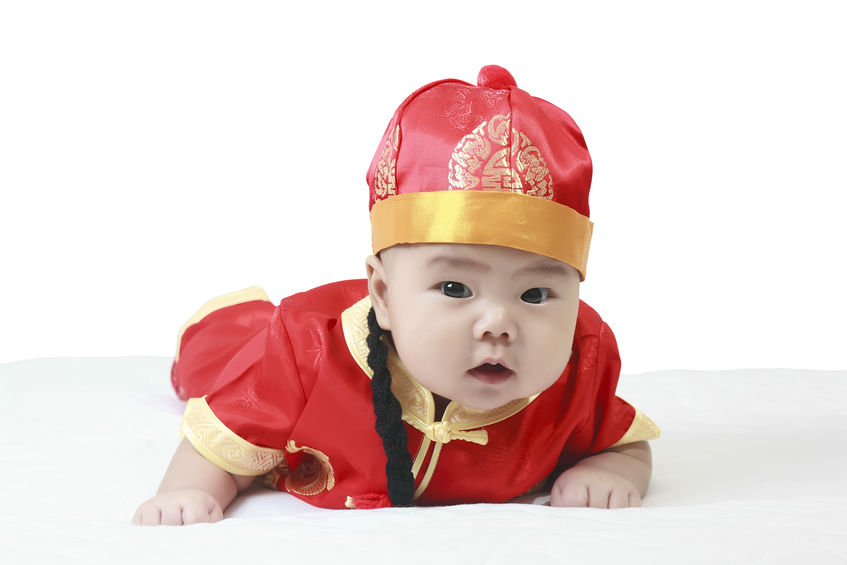 As China plans to abolish the long-cherished one-child policy, so local companies plan to rush into China and will have a neck-to-neck race to grasp Chinese babies. (image: Kobizmedia/ Korea Bizwire)

SEOUL, July 2 (Korea Bizwire) – As China’s one-child policy is to be eased from 2015, Korean baby product companies are making strategic moves with an aim to expand their shares in the baby product market in China.

According to baby product industry sources, China plans to abolish the long-cherished one-child policy, so the nation’s relevant companies plan to rush into China and will have a neck-to-neck race to grasp Chinese baby product market.

As of 2012, the infant and child population between 0 and 16 of age was approximately 380 million, almost 25 percent of the total population in China — a lucrative market for the industry which struggles in their sales in a nation suffering from the infamous low-birth rate. In fact, the market in the mainland China for the age group was worth 18 trillion won last year, 12 times higher than that of Korea, and its annual growth rate easily surpasses 14 percent.

The one-child policy, officially the family planning policy, is the population control policy of the People’s Republic of China. Many demographers consider the term “one-child” a misnomer, as the policy allows many exceptions: for example, rural families may have a second child if the first child is a girl or is disabled and ethnic minorities are exempt. Families in which neither parent has siblings are also allowed to have two children. Foreigners living in China and residents of the Special Administrative Regions of Hong Kong and Macau are also exempt from the policy. In 2007, approximately 35.9% of China’s population was subject to the one-child restriction. In November 2013, the Chinese government announced that it would further relax the policy by allowing families to have two children if one of the parents is an only child. (Wikipedia)

Market watchers see that the market for infants and children in China has huge potential. Moreover, as local baby product market is saturated and full of competition, it is expected that their advance into the Chinese market will be accelerated and more intense in the near future.

Dreamsco, a children’s fashion house based in Korea, will push into the Chinese market with its Moimoln brand targeting for children aged 5 and younger in Asia’s largest nation. The company has already gained some experience in the market with its brand Curly Sue marketing there. And they expect their built-up know-hows such as purchase patterns, distribution network, localization, will contribute to the Moimoln brand’s “soft landing” in the promising market.

An official at Dreamsco said, “We will provide localization and premium strategies developing differentiated products fitting to the needs of Chinese customers. The Scandinavian design of Moimoln has enough competitiveness to attract the middle- and high-income Chinese customers.”

Agabang & Company, a leading brand in the infant clothing and accessories in Korea, opened four shops featuring Ettoi brand in Nanjing, Hangzhou, Shanghai and Suzhou last April. All the shops are located in the major department stores and they are highlighting a premium image in its marketing strategies.

A company official said, “Based on the four-month market research in China, we decided it is a sensible move to provide “packaged sets of products” since the research revealed that the Chinese customers tend to buy hats, clothes and shoes all together simultaneously.” The company said it mulls expanding its shops to 20 locations within this year.

Agabang, which has a large network operating roughly 100 roadshops of “Agabang” brand, will change the brand name as a premium-toned one and make them secure its presence in department stores and shopping malls.

Meanwhile, Boryung Mediance is accelerating its advance into the Chinese market through its Chinese branch in Tianjin. By departmentalizing the Chinese market, it focuses on providing products to the whole area of China and plans to increase its distribution channels like infant product shops and premium supermarkets to 30 percent by the year’s end.

Also, it will participate in various exhibitions related to infant products and with cooperation of Taobao, the largest online shopping mall in China, and expand its presence in the online markets as well.

An industry official said, “When the Chinese government abolishes the one-child policy, the baby product market will expand rapidly by adding 10 million newborn babies to the current 16 million babies. Largely driven by the K-wave, the Chinese show high confidence with Korean brands. As a growing number of high-income populations shows keen interest in fashion and style, Korean brands will benefit from the favorable environments in the world’s largest economy.”