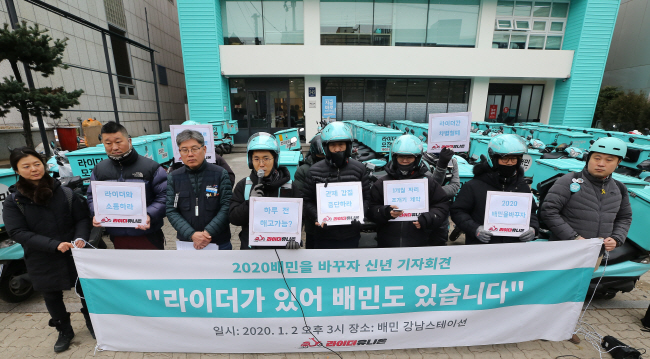 In contrast to the notion the lifestyle would give workers the freedom to choose their work schedules, a study by the National Human Rights Commission showed that gig economy workers often worked as much as full-time employees but faced job uncertainties and low wages.

A majority of the surveyed workers said they opted for their careers on hopes they could freely choose the times they work.

But the study showed that gig economy workers on average worked 8.22 hours daily, five to six days a week.

Their working hours could be longer given the “hidden working hours” in which they stay on the platforms or in mobile chat rooms to find new gigs, the study said.

“I’m on the app all day long,” said one driver who works in the cargo delivery sector.

The study hinted that the gig economy workers, mostly in their 40s and 50s, had few options over choosing the type and scope of their work and relied heavily on piecemeal jobs.

The average ages of those providing housekeeping services and driving services were 55 and 50, respectively, while cargo drivers averaged 46, according to the survey.

A total of 64 percent of the surveyed workers did not have second or third jobs and were key breadwinners for their families, with their income accounting for 79 percent of their household income.

Despite the not-so-favorable working conditions, 90 percent of gig drivers and 80 percent of parcel delivery workers said they could not refuse certain gigs on fears it would hurt their job prospects. 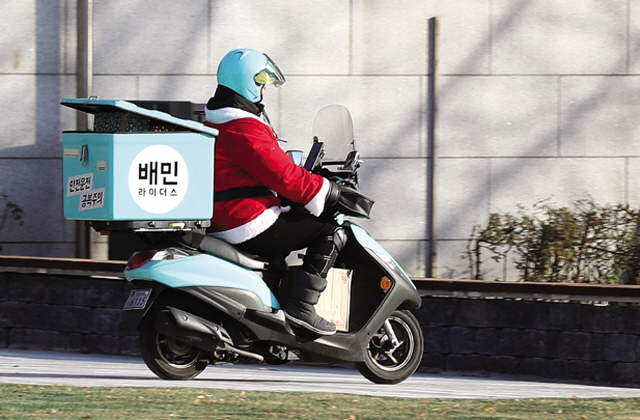 An employee of Baemin Rider. (Yonhap)

The study, meanwhile, highlighted that the rapidly growing platform industry and the fresh inflow of new workers is forcing the workers to work for less.

“The problem (about getting jobs through platforms) is that the price keeps falling. I feel it’s a ridiculous price, but there’s always someone who will do the work for that amount. That’s why the pay keeps falling,” one worker said.

“I’m looking for another job since the wage has fallen too much and is not lucrative at all. (The pay fell) as more people came (to the gig economy platforms),” another worker said.

The human rights body’s report was conducted based on online surveys and phone interviews. Researchers also joined mobile chat rooms to observe how platform workers communicate with each other.

South Korea’s gig economy has grown explosively over the past few years on the success of food delivery apps such as Baemin and Yogiyo, which formed a 10 trillion-won market in 2018.