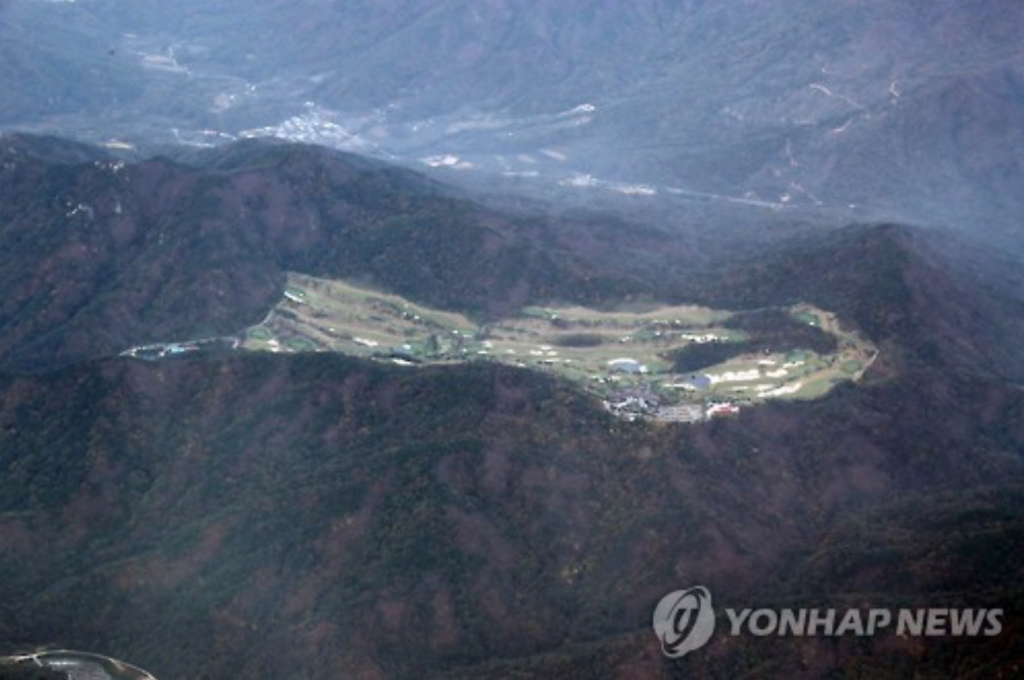 A golf course owned by Lotte Group in Seongju, 296 kilometers south of Seoul, which will be offered as the site for the THAAD missile defense system in a land swep with the military. (image: Yonhap)

SEOUL, Feb. 27 (Korea Bizwire) – South Korea’s Lotte Group approved a planned land swap with the military on Monday, paving the way for the installation of an advanced U.S. missile defense system between May and July as scheduled, the defense ministry said.

“We have received a notice from Lotte Group that the company has given the green light to the land exchange plan with the military,” the Ministry of National Defense said in a text message sent to reporters.

The ministry plans to sign a deal with Lotte as early as Tuesday, it said.

The board of a group affiliate passed the proposal that the group provide its golf course in the southeastern rural county of Seongju in return for a state-owned military site near Seoul, the ministry said.

Lotte didn’t confirm the approval due to the sensitivity of the matter. The retail conglomerate’ business in China suffered from the fallout of its planned land offering, as Beijing opposes the THAAD installation in South Korea, claiming the system could be used against it.

“To avoid delays in the installation, the ministry will carry out the process of handing over Lotte’s golf course to the U.S. military for THAAD operation and designing the site for a THAAD unit at the same time,” a ministry official said.

As the core infrastructure such as electricity, water, sewage and access roads has already been built for the golf course, it won’t be necessary to build additional infrastructure facilities, he said.

If the transfer and the design and development take place at the same time, the process can be completed as targeted, he said.

They also expected the government will speed up all the process to complete the THAAD deployment by as early as May because the presidential election will take place that month if the Constitutional Court decides to oust President Park Geun-hye in early March. Park was impeached in December over a massive corruption scandal.

If the court formally removes Park from office, a presidential election will be held within 60 days.

In July last year, South Korea and the U.S. announced that they will deploy a THAAD battery here to better counter North Korea’s evolving nuclear and missile threats.

THAAD, a core part of America’s multilayered missile defense program, is designed to intercept incoming ballistic missiles at altitudes of 40 to 150 km during the terminal phase of flight after detecting the missiles with a land-based radar system.