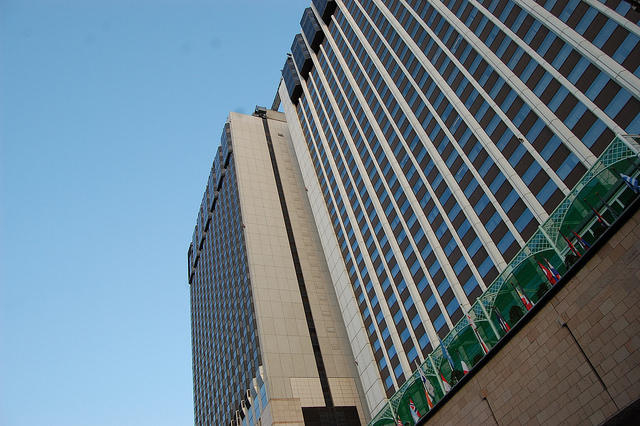 Lotte said it will fund the purchase of KT Rental Co. by May via its hotel affiliate Hotel Lotte. (image: Simon HunterWilliams/flickr)

Lotte said it will fund the purchase of KT Rental by May via its hotel affiliate Hotel Lotte.

Lotte was selected in mid-February as the best fit to buy the country’s largest car rental firm, an affiliate of KT, the nation’s No. 2 mobile operator.

The group, whose businesses stretch from retail and finance to tourism and hospitality, has indicated it aims to further expand by taking KT Rental under its wing as a new growth engine.

“Given that KT Rental is operating in Vietnam, one of Lotte’s key overseas bases, we are considering expanding our business there or entering new regions,” it said in a press release.

Since setting up a local subsidiary in 1996, the retail conglomerate has opened some 200 fast-food chains and 10 discount retailers in the rapidly-growing economy. In the latest move, Lotte built a 65-story skyscraper, Vietnam’s second-highest, that encompasses shopping and office facilities.

KT Rental is 58 percent owned by its parent firm, with the rest held by strategic investors and minority shareholders.

The deal, expected to fetch 772.1 billion won for KT, will help the mobile operator ease its financial burden.

KT put the car rental unit up for sale last June, amid aggressive restructuring efforts to come out of the red.

KT, privatized in 1995, has been struggling with sluggish performance in recent quarters largely due to the protracted slowdown in its fixed-line business. It posted a net loss of 966 billion won for 2014.