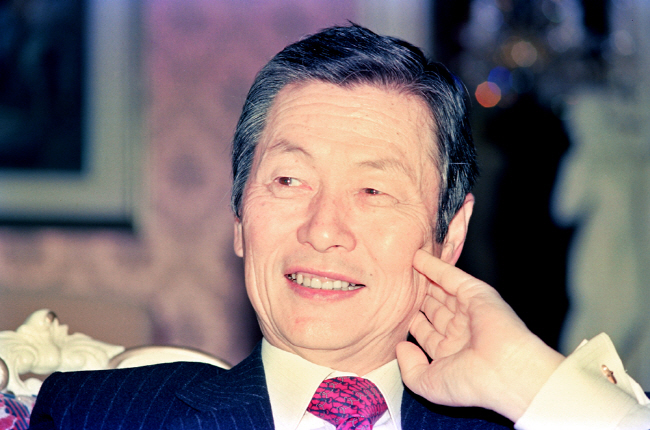 Shin died at about 4:30 p.m. at Asan Medical Center in eastern Seoul, the group said in a statement

Lotte, which started as a small chewing gum manufacturer in Japan in the late 1940s, is now South Korea’s fifth-largest conglomerate, with its business portfolio ranging from retail and hotels to entertainment and chemicals across South Korea and Japan.

Shin is one of the first-generation founders of the country’s chaebol, or family-controlled business groups, who went from rags to riches and saw their businesses flourish on the back of massive state support and a rapidly growing economy.

With his death, all the founders of South Korea’s top five conglomerates — Samsung, Hyundai, LG, Lotte and SK — have died.

The Federation of Korean Industries, which represents South Korea’s large businesses, offered a eulogy to Shin, calling him a pioneer of South Korea’s economic growth.

Shin “made a big contribution to South Korea’s economic development … and his passion and spirit of challenge inspired many businessmen,” the Korea Enterprises Federation, another business lobby, said in a statement.

The late entrepreneur was born in the southern port city of Ulsan in 1921, during Japan’s 1910-45 colonial rule of the Korean Peninsula.

He then went to Japan in 1941 to seek a fortune and established Lotte there in 1948 as a chewing gum producer.

The group’s business expansion began in 1967 when it moved to Shin’s home country, where he established Lotte Confectionary.

He then gradually diversified his business to other areas ranging from construction and retail to chemical industries.

Shin’s image as a successful businessman was in part tarnished by a group leadership fight between his sons — Dong-joo and Dong-bin.

The two brothers have been at the center of a high-profile family feud over succession at the group as the two had controlled the company’s operations in Japan and South Korea, respectively.

Dong-bin officially became the successor to his father after defending a series of attempts by his elder brother to take the helm.

The two estranged brothers encountered each other at the Asan Medical Center for the first time in 15 months and the two received visitors.

The late Shin later stepped down from all of his positions in Lotte’s operations in both Japan and Korea. 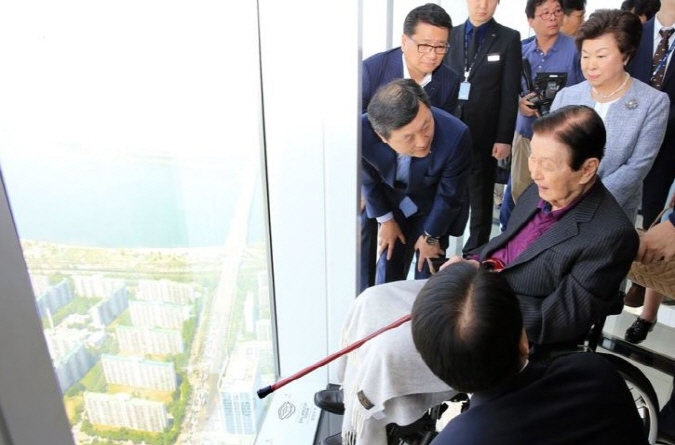 Lotte Group founder Shin Kyuk-ho looks out over Seoul from an observatory on the 118th floor of Lotte World Tower on May, 3, 2017. (image: Lotte Group)

In 2017, he was on the brink of facing his last days in prison after he was sentenced to four years in prison and fined 3.5 billion won (US$2.97 million) for embezzlement and breach of trust.

Shin, however, was allowed to remain free on health issues and has since suffered from various diseases of old age, including dementia.

Shin’s assets are estimated at well over 1 trillion won.

Shin held a 3.1-percent stake in Lotte Corp., the holding firm of the conglomerate, along with stakes in Lotte Chilsung Beverage Co., Lotte Shopping Co., and Lotte Confectionary Co.

He has a 6.87-percent stake in the non-listed affiliate Lotte Property & Development, as well as real estate assets in South Korea, estimated at around 450 billion won.

It was not immediately known how Shin’s assets will be inherited by his family.

Lotte Group said Shin’s assets will be handled in accordance with the law, and the result will nevertheless not affect the governance structure of the conglomerate.