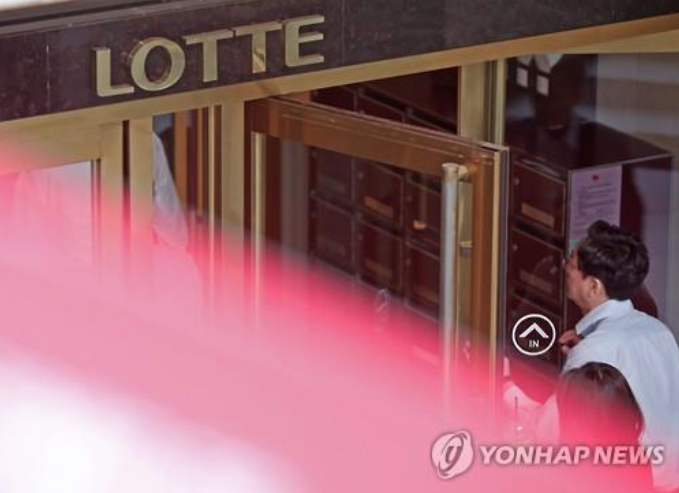 This photo taken on June 10, shows the entrance to the Lotte Group’s headquarters in Seoul. Prosecutors raided the offices of the group and its affiliates on the same day to investigate suspected slush funds operated by the conglomerate. The business group has been riddled with scandals from last year, including a high-profile fight between brothers for managerial control. (image: Yonhap)

SEOUL, June 10 (Korea Bizwire) – Prosecutors raided the headquarters of South Korea’s retail giant Lotte Group, as well as its seven affiliates, on Friday over allegations of embezzlement and malpractice.

The Seoul Central District Prosecutors’ Office said it sent some 200 investigators to 17 places, including the group’s headquarters in central Seoul, its major affiliates and the homes of some executives.

Prosecutors said they confiscated computer hard drives, accounting books and other documents in their asset transactions.

Travel bans have been put out for some of the company’s senior officials, according to prosecutors.

Prosecutors suspect the group created slush funds while making transactions between its affiliates.