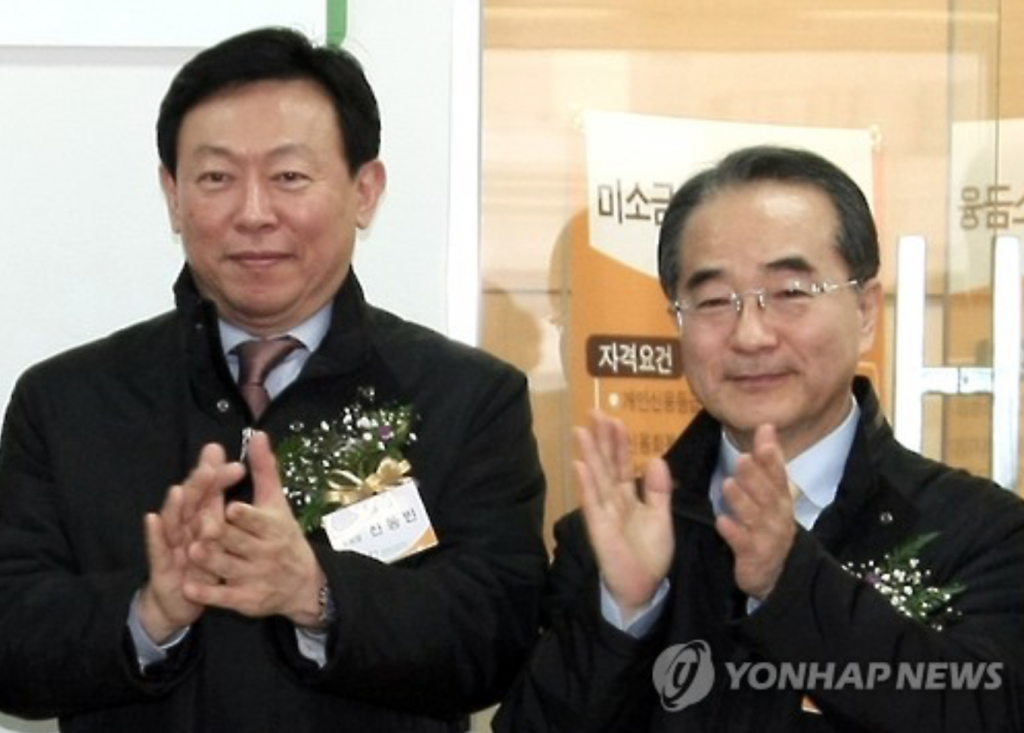 Police found the body of Lee In-won (R), the group’s No. 2 man and close aide of Lotte chairman Shin Dong-bin (L), on a trail in Yangpyeong, 55 kilometers east of Seoul. (image: Yonhap)

YANGPYEONG, South Korea, Aug. 26 (Korea Bizwire) – The vice chairman of South Korea’s fifth-largest conglomerate Lotte Group was found dead Friday, police said, in an apparent suicide that occurred while he was waiting a summons by prosecutors over corruption allegations.

Police found the body of Lee In-won, the group’s No. 2 man and close aide of Lotte chairman Shin Dong-bin, on a trail in Yangpyeong, 55 kilometers east of Seoul, after receiving a report from a local resident at around 7:10 a.m. that a man in his 60s is hanging from a tree.

The police said they found Lee’s identification on his clothes and are examining the scene, including his car found near the site of the incident.

A suicide note was found in the car, but the police said they won’t make it public.

Lee, who lives in central Seoul, did not return home after going out at around 9 p.m. on Thursday.

The 69-year-old, who joined Lotte in 1973, was scheduled to be summoned by prosecutors on Friday as a suspect facing charges of a breach of trust and other irregularities involving the business conglomerate.

The prosecutors expressed regret over Lee’s death, saying they will coordinate the schedule of the investigation.