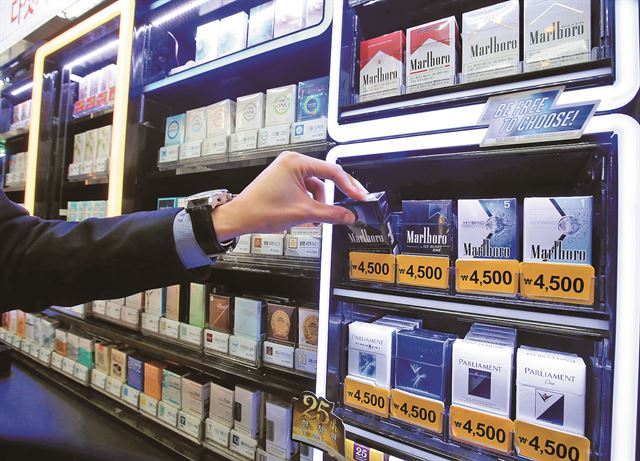 SEOUL, Dec. 14 (Korea Bizwire) — Lotte Mart, the third-largest discount store chain in South Korea by revenue, said Thursday that it will stop selling cigarettes next year as it is pushing to specialize in healthy products.

Lotte Mart CEO Kim Jong-in said the decision is part of his company’s commitment to transform itself into a health-oriented enterprise.

Lotte Mart said it will expand the number of wholesome foods at its shelves and invest in developing new health products.

The company said its cigarette sales account for less than 0.1 percent of its total revenue.

Lotte Mart’s move could give a boost to South Korea’s anti-smoking policy.

Separate data by the Organization for Economic Cooperation and Development put the smoking rate of South Korean men aged 15 and older at 31 percent in 2015, the highest among 15 OECD countries surveyed. Japan came in second with 30 percent, followed by Italy with 25 percent.