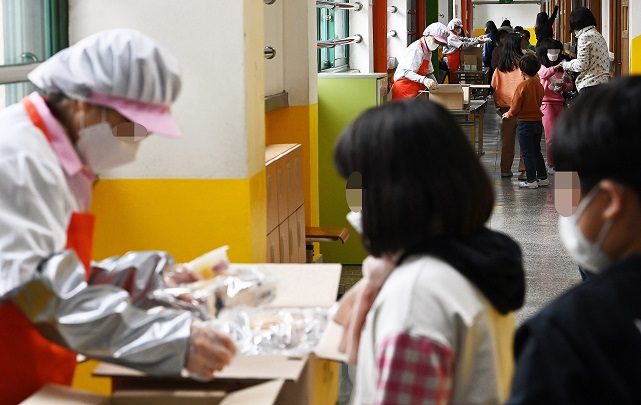 Seoul’s education office, city government and council of ward offices signed an agreement to provide funds for the program to all 790 public and private kindergartens, according to officials.

A total of 71,876 kindergartners were enrolled in Seoul as of April.

About 69.9 billion won (US$59.4 million) will be necessary a year for the kindergarten free meal program. Of the total, the city’s education office will shoulder 50 percent, the city government 30 percent and the ward offices 20 percent.

Since 2011, Seoul has expanded the free lunch program to all elementary, middle and high school students until this year. This year, 727.1 billion won was earmarked to give free lunch to a total of about 835,000 students.

“With the policy expanded to kindergartens, all children will now be served a nutritious and balanced meal without any discrimination,” Cho Hee-yeon, the head of the Seoul education office, said, adding that the program will also help alleviate the financial burden of parents.