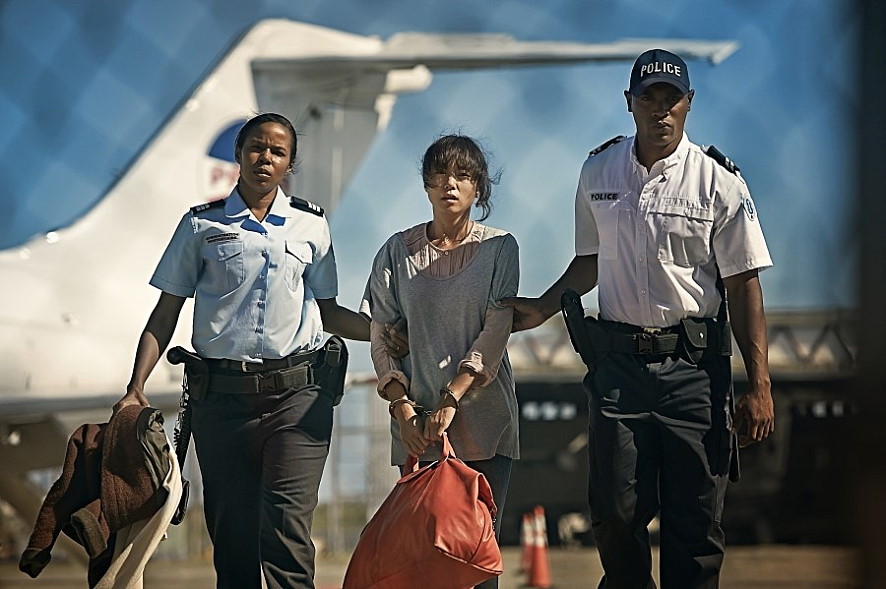 The prosecutors arrested the real criminal Jeon on an airplane departing from Amsterdam Airport after receiving information on his whereabouts from the Surinamese Government. (image: still photo of the film Way back Home)

SEOUL, Dec. 18 (Korea Bizwire) — In 2013, the Korean movie “Way Back Home” was released and Korean audiences became familiar with the horrible story that served as inspiration for the plot. The movie is based on the true story of a Korean woman who wrongly served two years in a Caribbean prison after being accused of possession of a bag of cocaine at Orly Airport in France.

The woman featured in the movie was the victim of a scam. A friend of her husband surnamed Jeon led her to believe that she would be carrying a bag of gemstones from Korea to France. This man, who had never been apprehended, has now been arrested according to Seoul Central Prosecutors’ Office.

The prosecutors arrested Jeon on an airplane departing from Amsterdam Airport after receiving information on his whereabouts from the Surinamese Government. Jeon is accused of helping three citizens, including the unfortunate housewife, to smuggle a total of 48.5 kilograms of cocaine.

The three victims of the scam were apparently tempted by the promise of easy money for transporting the “gemstones.”