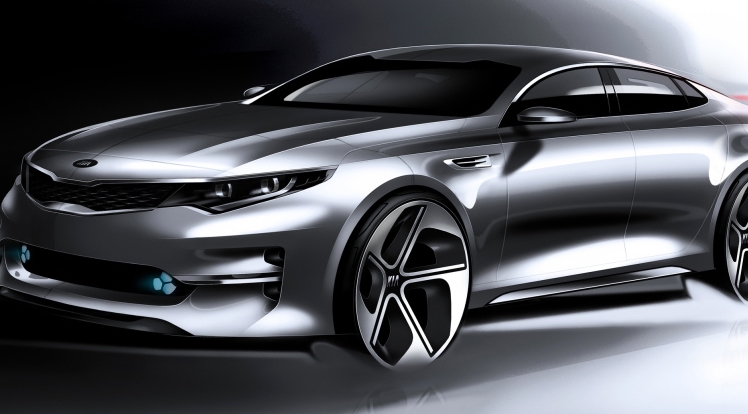 Kia Motors is seeking to make a big splash by unveiling its new K5 midsize sedan during the motor show. (image: Kia Motors)

ILSAN, South Korea, Apr. 2 (Korea Bizwire) – South Korean and foreign automakers will showcase their new vehicles and concept cars at this year’s Seoul Motor Show that will officially kick off Friday, with an aim to leave a strong impression on potential buyers.

A total of 32 brands will put 370 cars on display during the event to be held until April 12 under the theme of “Experience the Technology, Feel the Artistry” at the Korea International Exhibition Center in Ilsan, just north of Seoul.

Five automakers based in South Korea will also join the event with their new models, vying to lure as much attention as possible with their latest designs, functions and new technologies that could define their future business directions in the years to come.

Sales of the Sonata hybrid will begin in South Korea in the second half. Starting next year Hyundai Motor aims to sell more than 6,000 units annually.

Kia Motors Corp., the country’s second-largest carmaker and an affiliate of Hyundai Motor, is seeking to make a big splash by unveiling its new K5 midsize sedan during the motor show.

The K5 is one of the best-selling car models for Kia Motors. Since its launch in 2010, about 1.3 million units of the midsize sedan have been sold in the world.

GM Korea, the local unit of U.S. General Motors Co., also plans to showcase a full change model of the Spark equipped with state-of-the-art safety and convenience features. The Spark is one of the company’s best-sellers with more than 1 million units being sold since hitting the market in 2009.

The super-mini Renault EOLAB PHEV concept will also be showcased for the first time in Asia by Renault Samsung Motors Co. The concept is known to travel 100 kilometers on a liter of fuel.

Ssangyong Motor Co. — the smallest carmaker here, which is owned by India’s Mahindra and Mahindra Group — will join other carmakers in displaying around 20 cars and concepts. It expects the XAV concept, which has a box-style exterior and looks reminiscent of the popular Korando, will impress visitors.

The Seoul Motor Show will be a place where almost all foreign brands selling vehicles in Korea along with supercar makers, such as Bentley and Maserati, will open booths and showcase their cars.

In particular, Volkswagen will unveil the Design Vision GTI concept for the first time in Asia in a booth of 2,250 square meters, the largest size reserved for a single foreign brand.

In addition to such new cars, the event will become a venue for visitors to enjoy diverse hands-on activities, such as test driving electric and other environmentally friendly vehicles. Seven EVs will be available to test drive during the motor show.

Other futuristic auto technologies, such as autonomous driving, will also be on display. Along with new vehicles such motorcycle brands as Yamaha Motorcycle and BMW Motorrad will meet visitors with their latest products.