Their rising cost burdens are widely feared to undercut their profitability down the road amid flagging demand stemming from worries over a global economic recession and runaway inflation.

Global tech titan Samsung Electronics Co. saw its purchase prices of raw materials spike nearly 25 percent on-year to about 58.1 trillion won (US$43.8 billion) in the first half of the year, according to its semiannual report.

Samsung’s pay increase came to 9 percent this year, with its workforce reaching a new high of around 117,321 as of end-June, up 6,240 from a year earlier. 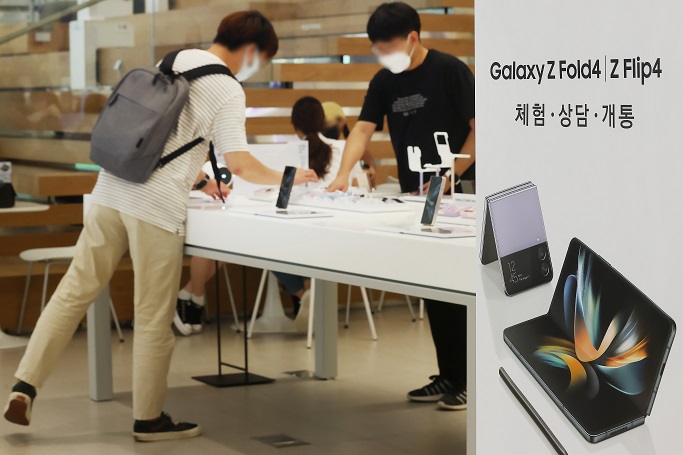 Samsung is not alone. Home appliance titan LG Electronics Inc. saw its material costs swelling 17.8 percent on-year to 20.7 trillion won in the six-month period, according to its semiannual report.

Steep prices soared 22 percent on-year in the first half, with those of plastic and copper jumping 20.3 percent and 40.2 percent, respectively.

LG’s first-half labor costs stood at 4.9 trillion won, up roughly 23 percent from the same period a year ago.

Global chip giant SK hynix Inc. said in its half-year report that its raw material and labor costs shot up 44.4 percent and 45.4 percent on-year, respectively, in the first half.

An industry source said other large companies in Asia’s fourth-largest economy are also feeling the pinch of rising costs stemming from soaring international raw material prices and a weak Korean currency against the U.S. dollar.

The South Korean won has been losing ground against the greenback this year, making local companies pay more for raw material imports.