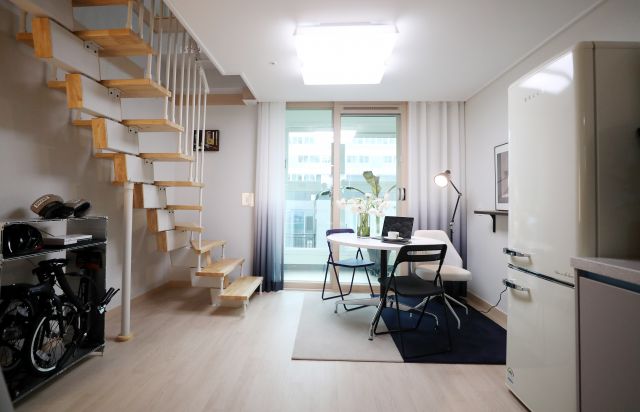 A residential unit at a public rental home complex in Hwaseong, south of Seoul. (Yonhap)

SEOUL, May 11 (Korea Bizwire) — A majority of single-person households in Seoul are satisfied with living alone, but struggle with difficulties arising in emergencies, a survey showed Tuesday.

The Seoul Metropolitan Government conducted a survey of 3,079 people living alone, of which 86.2 percent were satisfied with solitary life, up by 13 percentage points from 2017 (73.2 percent).

Among the respondents, 36.8 percent intended to live alone in the future, while 23.6 percent said they would carry on a solitary life permanently.

In addition, more than half of single-person households were struggling with home chores, including cooking (55.1 percent) and cleaning/laundering (52.7 percent).

Asked about quality time, many single-person households wished to travel, exercise or engage in art and cultural activities, but 47.6 percent made do with watching videos.