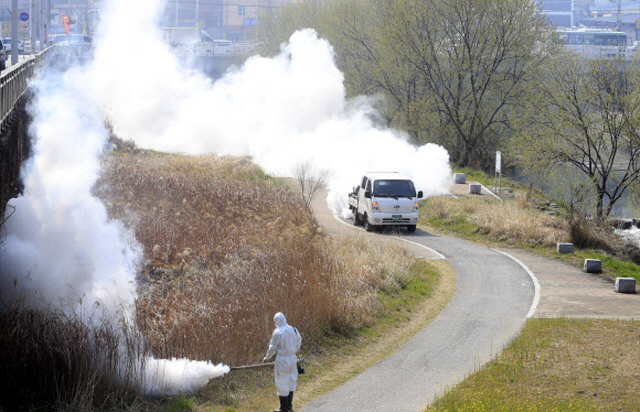 UIJEONGBU, Oct. 12 (Korea Bizwire) — The number of malaria cases increased sharply this year in South Korea as a spike in outdoor activities resulting from the easing of social distancing rules, data showed Tuesday.

According to the Gyeonggi provincial government and the Korea Disease Control and Prevention Agency, 349 individuals were diagnosed with malaria during the first nine months of the year, up 27.8 percent from a year ago.

Between June and September, in particular, 305 people were infected with malaria, a sharp increase from 197 a year before. By region, the greater Seoul area accounted for 86.8 percent of the total.

However, after the outbreak of the coronavirus in January 2020, which led to the strengthening of social distancing rules, the number of malaria cases dropped to 385 in 2020 and 294 in 2021, the lowest in two decades.

“The change in the number of malaria patients is affected by social and environmental factors,” an official at the Gyeonggi provincial government said.