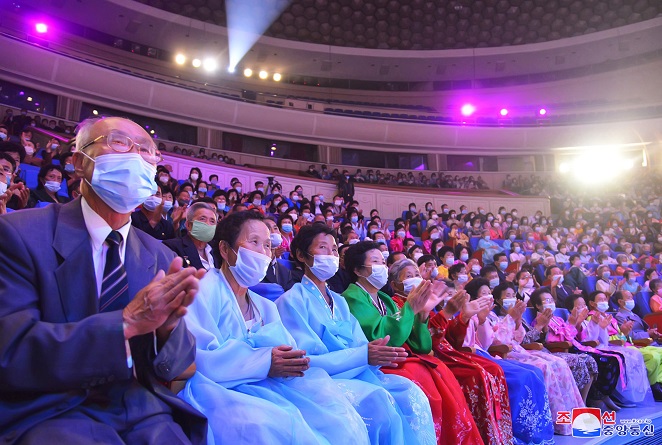 Elderly people of North Korea attend a celebration of the International Day of Older Persons in Pyongyang on Oct. 1, 2022, in this photo released by the North’s official Korean Central News Agency on Oct. 2, 2022. (Yonhap)

SEOUL, Oct. 2 (Korea Bizwire) — Masks have apparently made their return in North Korea in October, with the country’s public health experts advising people to don facial protection to guard against the possible resurgence of COVID-19.

The Korean Central Television also showed footage of university students in masks in its report of the 76th founding anniversary of Kim ll-sung University.

North Korea had earlier lifted all mask mandates, indoors or outdoors. Photos or broadcast footage from its state media in September showed maskless people at schools or large festivals.

On Sept. 8, however, North Korean leader Kim Jong-un advised people to start putting masks back on in November, as immunity levels could fall along with the drop of temperature that time of year.

But about two weeks later, the KCNA reported that experts are recommending people protect their faces starting in October. 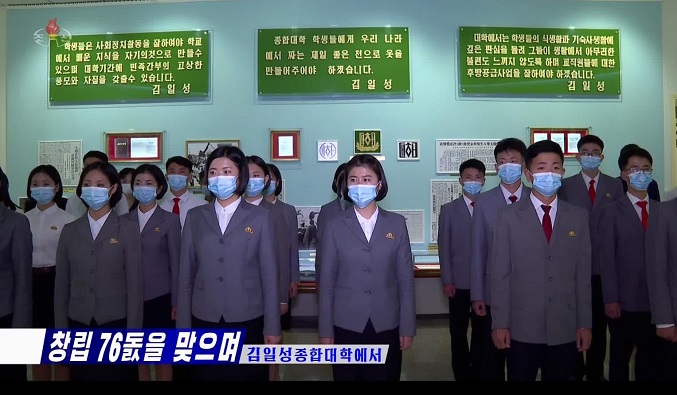 Students at Kim Il-sung University in Pyongyang attend the ceremony for the school’s 76th founding anniversary on Oct. 1, 2022, in this photo captured from the North’s Korean Central Television the following day. (Yonhap)

The North disclosed its first COVID-19 case on May 12 after claiming to be coronavirus-free for over two years and immediately declared a “maximum emergency” virus control system.

Then on Aug. 11, Kim declared victory against the virus, saying Pyongyang’s anti-epidemic measures had successfully protected its people.

In an editorial published Sunday, though, the North’s main newspaper, Rodong Sinmun, called on the people to stay vigilant and not to let their efforts to keep the virus at bay go to waste.

Seoul’s National Intelligence Service told the parliamentary intelligence committee Wednesday that North Koreans living in the border region had recently been vaccinated and Pyongyang had tightened its quarantine measures, making it difficult to believe North Korea’s declaration of victory over COVID-19.