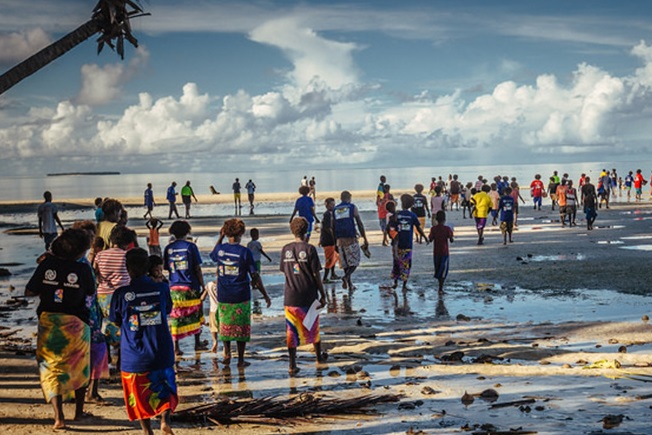 Who: Mayors and representatives from 70 cities

What: Launch of the Mayors Migration Council

On the eve of the historic Intergovernmental Conference on the Global Compact for Migration, mayors from around the world will gather in Marrakesh on Dec. 8 to launch the Mayors Migration Council. Cities have played a leading role in responding to the refugee and migration challenges of recent years, pioneering practical solutions for both welcoming and integrating newcomers. The Council will help cities share these experiences to shape and inform international policy debates on migration.

“Today, more than ever, cities are ground zero for major global challenges — and mayors are on the front lines of finding workable solutions to everything from migration to climate change to economic development,” said Los Angeles Mayor Eric Garcetti. “When refugees, asylum seekers, and immigrants enter our cities, we do the hard work of integrating them into our communities and workforce. With the Mayors Migration Council, Los Angeles and our partners will be able to bring our experiences to the table, share best practices, and help inform smarter policies worldwide.”

The Council will be represented in Marrakesh by members of its Leadership Board, which includes the mayors of Los Angeles, Amman, Milan, Kampala, Athens, Bristol, Freetown, and Montreal. The launch will take place during the fifth Mayoral Forum on Human Mobility, Migration and Development, where representatives from over 70 cities will debate and endorse a mayoral declaration that will be delivered to the UN conference.

“Cities are key players in developing and implementing innovative migration programs. They are leaders in the migration process and know what works and what’s needed on the ground. That’s why mayors around the world came together in order to influence the outcome of the Global Compact for Migration,” Montreal Mayor Valerie Plante said.  Cities were not formally party to UN negotiations.

“The Mayors Migration Council, working with existing networks, will ensure that local governments have a strategic and powerful voice on the international front on the issue of migration, so that polices are grounded in the actual experience of cities, which is where most of the world’s migrants and refugees live,” Plante added.

The Council will support cities to gain access to and actively participate in migration policy deliberations at the regional and international levels. It will help mayors elevate experiences of successful integration practices that can serve as models for policies and action by cities around the world.

“Cities offer economic opportunities, services and advanced infrastructure that already support large communities of migrants, the vast majority of whom live in urban areas,” Milan Mayor Giuseppe Sala said. “Today, about 19% of the population of Milan is of foreign origin, more than double the national average. This is a sign of the openness and inclusiveness of our city. The people that come to Milan to work and to raise a family contribute daily to building the future of our city.”

In 2015, 22 “global cities” hosted 18%—or 44 million—of all international migrants. In Australia, 99% of immigrants live in cities and 95% in the United Kingdom and Canada. Meanwhile, more than half of the world’s refugees live in urban areas, whereas only about 25% live in camps.  83% of refugees in Jordan live in urban areas. In the United States, refugees earned more than $77 billion in household income and paid almost $21 billion in taxes in 2015, according to a New American Economy report.

Beyond their work on the Global Compacts, local leaders also are making progress in increasing their presence in the international arena on migration issues.  A strategic partner of the Mayors Migration Council, since its inception, is C40 Cities, the global network of mayors committed to urgent action on climate change. C40 is working with the Mayors Migration Council to address the intertwined challenges of migration and climate change. For instance, climate-related migration flows are already a reality for many areas of the world, including cities. The World Bank estimates that climate change could force over 140 million to migrate within countries in the next 30 years. C40 and the MMC mayors are and will be at the frontline of these critical challenges.

The Mayors Migration Council will work closely with established and recognized city networks who are making headway in engaging this space, most notably UCLG and the Global Task Force of Local and Regional Governments. The state-led Global Forum on Migration and Development (GFMD), for instance, is establishing a “mayor’s mechanism” to formally convene mayors and provide a conduit for their engagement alongside states, civil society, and the business sector. Switzerland, Germany, Ecuador, and other countries have encouraged the engagement of local leaders.

Contact Details & Interviews with Mayors: For further information about the Mayors Migration Council, interviews with Leadership Board mayors, as well as for press accreditation for this event, please contact Anne McPherson (Anne.McPherson@opensocietyfoundations.org and  +1.917.531.4050).