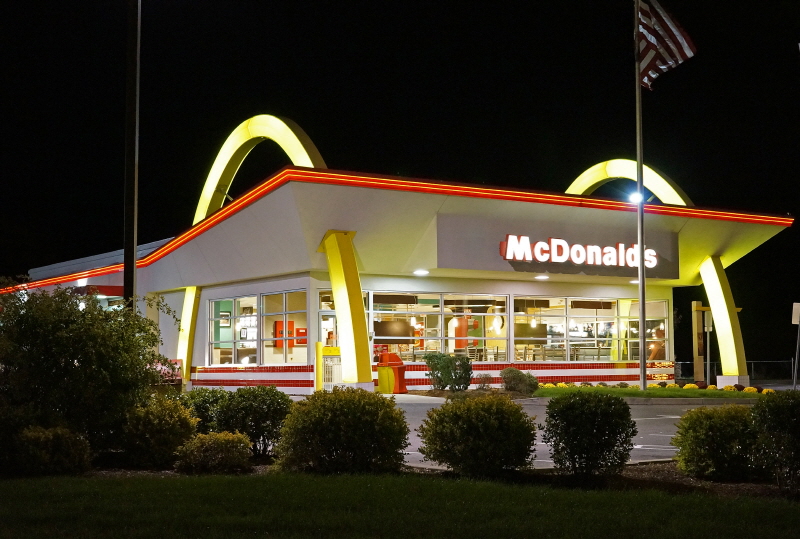 OAK BROOK, Ill., March 20, 2018 (Korea Bizwire) — Today, McDonald’s announces it will partner with franchisees and suppliers to reduce greenhouse gas emissions related to McDonald’s restaurants and offices by 36% by 2030 from a 2015 base year in a new strategy to address global climate change. Additionally, McDonald’s commits to a 31% reduction in emissions intensity (per metric ton of food and packaging) across its supply chain by 2030 from 2015 levels. This combined target has been approved by the Science Based Targets initiative (SBTi).

Through these actions, McDonald’s expects to prevent 150 million metric tons of greenhouse gas emissions from being released into the atmosphere by 2030. This is the equivalent of taking 32 million passenger cars off the road for an entire year or planting 3.8 billion trees and growing them for 10 years. The target will enable McDonald’s to grow as a business without growing its emissions.

“To create a better future for our planet, we must all get involved. McDonald’s is doing its part by setting this ambitious goal to reduce greenhouse gas emissions to address the challenge of global climate change,” said Steve Easterbrook, McDonald’s President and CEO, who announced the plan in a video released by the company. “To meet this goal, we will source our food responsibly, promote renewable energy and use it efficiently, and reduce waste and increase recycling.”

To reach its target, McDonald’s will work across its supply chain, offices and restaurants to be more innovative and efficient through improvements such as LED lighting, energy efficient kitchen equipment, sustainable packaging, restaurant recycling, and by elevating and supporting sustainable agriculture practices. In collaboration with thousands of franchisees, suppliers and producers, McDonald’s will prioritize action on the largest segments of its carbon footprint: beef production, restaurant energy usage and sourcing, packaging and waste. These segments combined, account for approximately 64% of McDonald’s global emissions.

Building on the momentum of existing programs on forests, agriculture and energy efficiency, McDonald’s and its partners will continue to identify practical solutions to reduce greenhouse gas emissions and bring them to scale. In its commitment to transparency, McDonald’s will expand its measurement systems, and annually communicate about progress, challenges and milestones.

“Environmental progress doesn’t just happen, it takes bold leadership from all of us,” said Fred Krupp, President of Environmental Defense Fund. “As one of the best known brands on the planet, McDonald’s is well positioned to lead, and its ambitious new climate target will inspire innovation, collaboration, and most importantly critical greenhouse gas reductions across the company’s global operations and supply chain.”

McDonald’s work to care for the planet and communities spans nearly three decades, including the establishment of a groundbreaking partnership with Environmental Defense Fund (EDF) on packaging and waste reduction. More recently, in 2014, McDonald’s released an Energy and Climate Position Statement, establishing the company’s view on taking effective, collaborative action to tackle climate change. Additionally, in 2015, McDonald’s developed a Commitment on Forests that addresses supply chain impacts on deforestation. This strengthened the foundation of the company’s climate strategy as deforestation accounts for an estimated 15% of global greenhouse gas emissions.

“McDonald’s footprint touches all parts of the world. Their announcement matters because it commits one of the world’s biggest companies to deliver, with the full breadth of their food chain system, significant emissions reductions based on science. It also coincides with their decision to join the We Are Still In coalition with thousands of other companies across the US,” said Carter Roberts, President and CEO of World Wildlife Fund (WWF) in the United States. “While private-sector actions can’t entirely solve the climate crisis facing our planet, significant announcements like these, and coalitions like these working on climate together, create momentum and movement toward the scale of solutions that we ultimately need.”

The launch of this science based target is the latest step in McDonald’s journey to drive meaningful change and use its Scale for Good.

“McDonald’s is delivering a strong statement by becoming the first restaurant company to set a science-based greenhouse gas emissions target. McDonald’s leaders understand that you don’t have to grow emissions to grow as a company,” said Andrew Steer, President & CEO, World Resources Institute (WRI), one of the Science Based Targets initiative partners. “By working with suppliers to design and scale more sustainable farming practices and reducing waste, McDonald’s will chart a path that is better for its franchise, customers and the environment. WRI urges McDonald’s to look for additional opportunities to align their business model and value chain with the realities of a resource-constrained world. We stand ready to support the company in pursuing strategies that lead to healthier consumers and a more sustainable planet.”

The Science Based Targets initiative (SBTi) is a collaboration between WRI, WWF, CDP (formerly the Carbon Disclosure Project) and the United Nations Global Compact, which helps companies determine how much they must cut emissions to do their part to address climate change.

Building on years of engagement with the beef industry, McDonald’s released its 2020 goals for beef sustainability in 2017. These laid out the next steps for collaboration with beef producers and industry partners to proactively identify, share and scale beef production’s most sustainable practices. Already in 2018, McDonald’s launched new packaging and recycling goals and strengthened its commitment to support families.

About McDonald’s
McDonald’s is the world’s leading global foodservice retailer with over 37,000 locations in 120 markets around the world. Over 90 percent of McDonald’s restaurants worldwide are owned and operated by independent local business men and women.