A customer walks by a McDonald`s store in Seoul. in this file photo. (Yonhap)

SEOUL, Aug. 19 (Korea Bizwire) — McDonald’s Korea said Friday it will raise prices of its main products for the second time in about six months in a move seen as intended to transfer soaring raw material and logistical costs over to customers.

The Korean unit of the global fast food giant McDonald’s said it will raise the prices of 68 items, including drinks and desserts, by an average of 4.8 percent.

The move came just six months after it announced price hikes for around 30 items in February.

“We decided to adjust the price of our menu items to respond to surging operating expenses from a hike in raw material prices and logistics fees,” a company spokesperson said.

Its price hike marked the latest in a series of similar moves by fast food companies struggling in the face of surging raw material prices and logistical expenses.

International prices of key commodity prices have been on the rise as demand bounced back from a slump caused by the pandemic and supply chains remained snarled by the shipping process.

Rising prices of raw materials have driven up costs for many fast food chains, apparently prompting them to transfer the increased costs to customers in order to stay competitive. 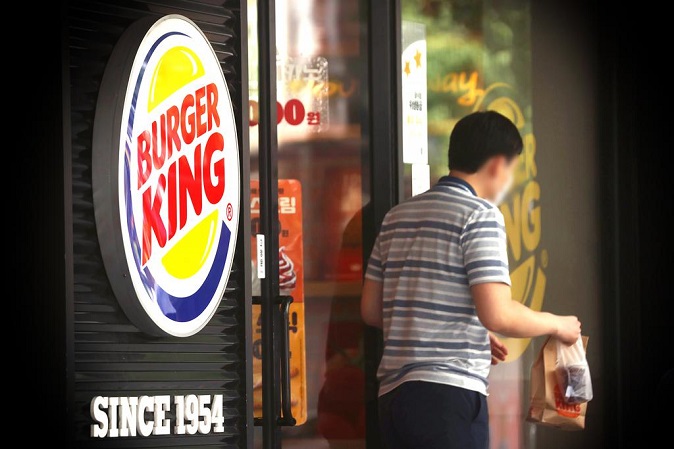 A customer gets a takeout drink at a Burger King store in Seoul on July 29, 2022. (Yonhap)

The fried chicken and burger franchise KFC has increased the prices of some of its goods twice so far this year — first by 100-200 won in January and the second in July by around 200 won to 400 won.

Lotteria, a burger chain operated by Lotte Group, a major South Korean conglomerate, raised the price of 81 menu items by 5.5 percent on average in June, on top of a 4.1 percent increase last December.