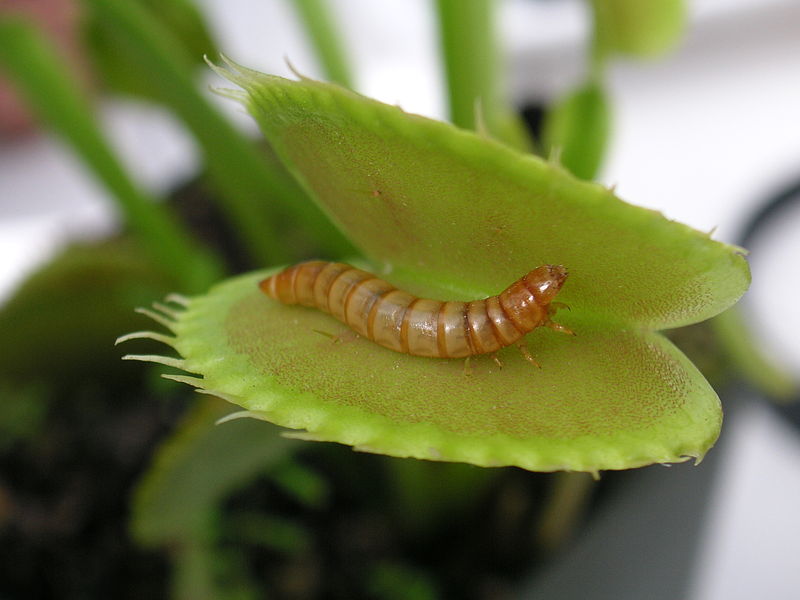 The Ministry of Agriculture, Food and Rural Affairs recently announced plans to build the industry to a 100 billion won market by 2020. (image: Wikimedia)

SEOUL, May 12 (Korea Bizwire) – Although the idea seems disturbing to many, insects have long been part of human cuisine. So here is the latest update to Korean entomophagy: an insect-based soup will be launched, possibly by the year’s end.

JeongPoong, a Korean food enterprise, revealed that it came up with a new recipe for a mealworm soup. The company added protein concentrate extracted from mealworms to its existing recipe. The soup’s richness in protein makes it the perfect dish for children, seniors, and hospital patients.

This is the first time for a food company to commercialize an insect-based product.

JeongPoong will present the soup on May 19 at the Seoul Urban Agriculture Expo, which will take place at Seoul’s Children’s Grand Park. The soup comes in three flavors: button mushroom, pumpkin, and sweet potato cheese.

“We’ll present the trial products first and see how people react. We’ll take the feedback into account and proceed to officially commercialize the products,” said Woo Sang Hwan, chief of operations. “We plan on a release before the year’s end.”

The company has experimented with insects in partnership with the Korean Edible Insect Laboratory since September 2015. The two parties also signed a memorandum of agreement for a joint research project related to protein development using edible insects.

The Korean insect industry has recently been receiving attention, and is seen as having a promising future.

The Ministry of Agriculture, Food and Rural Affairs recently announced plans to build the industry to a 100 billion won market by 2020.

One thought on “Mealworm Soup as an Appetizer?”