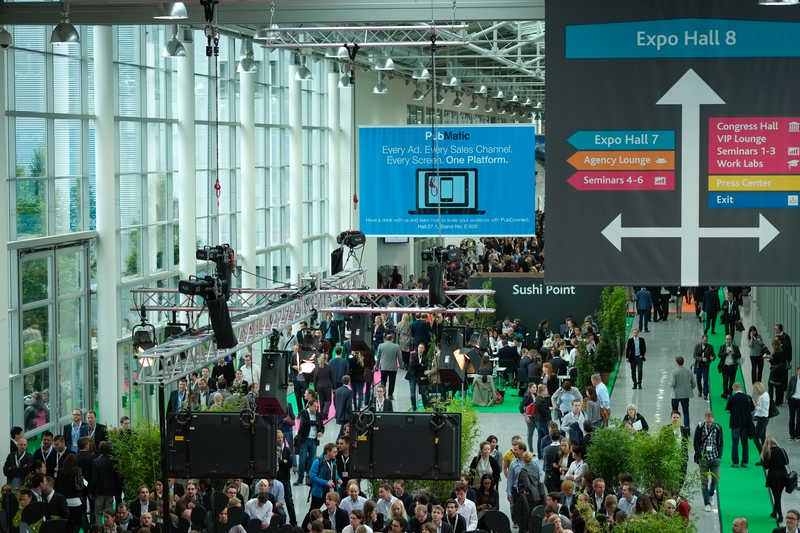 dmexco is the leading global trade fair and conference for the digital economy. (image: dmexco)

COLOGNE, GERMANY, Aug. 28 (Korea Bizwire) – dmexco 2015 – The agency networks in the global digital economy will once again be present at dmexco in 2015 — and on a larger scale than before. Dentsu Aegis, GroupM, IPG Mediabrands, and Omnicom Media Group with Annalect Group will have their own stands at the exposition. More than 30 top companies from the global media industry will be using the dmexco Agency Lounge and their own stands to present new marketing, media, and technology solutions and products to customers. A major focus here will be the Connected World and the Internet of Things. Further information on the dmexco Agency Lounge 2015 can be found at http://dmexco.de/2015/en/Agency_Lounge.html.

Global agency scene summit at dmexco 2015: All major media agency networks in the international digital economy will be on hand in Cologne on September 16 and 17 — in some cases with extensive installations, including labs and digital shops that will highlight the Connected World and the Internet of Things. Taken together, the media agency networks that will participate in dmexco 2015 account for the majority of the world’s media budget, which amounts to tens of billions of Euros. Three media giants will have their own stands at dmexco 2015: Along with GroupM, which already had its own stand in 2014, Dentsu Aegis, IPG Mediabrands, and Annalect Group (as part of the Omnicom Media Group) will be inviting the major advertising brands to their stands in Hall 7. The more than 30 international top companies in the global media sector that will be represented in the dmexco Agency Lounge in 2015 (http://dmexco.de/2015/en/Agency_Lounge.html) include Carat, Havas Media, MEC, Omnicom Media Group, Plan.Net Gruppe, pilot, Starcom MediaVest Group, VivaKi, and Wunderman. Razorfish and iCrossing will also be using the dmexco Agency Lounge for the first time this year as an ideal meeting point for in-depth background discussions and successful business deals.

Interested decision makers from the marketing, technology, creative, and media sectors can register for dmexco 2015 at www.dmexco.com/tickets

Global #media budgets in the tens of billions: Global agency networks will be presenting themselves at #dmexco 2015 http://dmexco.de/2015/en/Agency_Lounge.html

All the major agency networks in the global digital economy will once again be present at #dmexco in 2015 — and on a larger scale than before. In some cases they will present extensive installations, including labs and digital shops that will highlight the Connected World and the Internet of Things. Taken together, they account for the majority of the world’s #media budget, which amounts to tens of billions of Euro. More than 30 top German and international companies in the global media sector will be using the Agency Lounge developed by dmexco to present new solutions and products to customers. The Annalect Group, Dentsu Aegis, GroupM, and IPG Mediabrands will have their own stands at the exposition. Further information on the dmexco Agency Lounge 2015 can be found at http://dmexco.de/2015/en/Agency_Lounge.html

About #dmexco
dmexco is the leading international exposition and conference for the digital economy. As a unique combination of a trade fair and a conference, dmexco stands for innovative and forward-looking developments and trends at the center of a new digital economy: the digiconomy. With its focus on marketing, media, advertising, technology, and the Internet of Things, dmexco is the global platform for effective knowledge transfer and direct business transactions. In varied formats, it offers the largest selection of current economic trends, growth strategies, product innovations, and creative diversity. As a result, dmexco is the central showcase in the digital age for all forward-looking brand innovators and opinion leaders, advertising executives, marketing specialists, and startups, as well as all agency segments and media companies.

The Bundesverband Digitale Wirtschaft (German Association for the Digital Economy — BVDW) is the owner of the dmexco trademark. With special assistance from OVK — Circle of Online Marketers, the BVDW is also the conceptual and professional partner of the exposition/conference. Koelnmesse is the organizer of dmexco.

You’ll find complete information on dmexco 2015 (September 16 & 17 in Cologne), as well as photos, videos, and original audio from dmexco 2014, at www.dmexco.de, www.facebook.com/dmexco, http://twitter.com/dmexco and www.youtube.com/dmexcovideo.