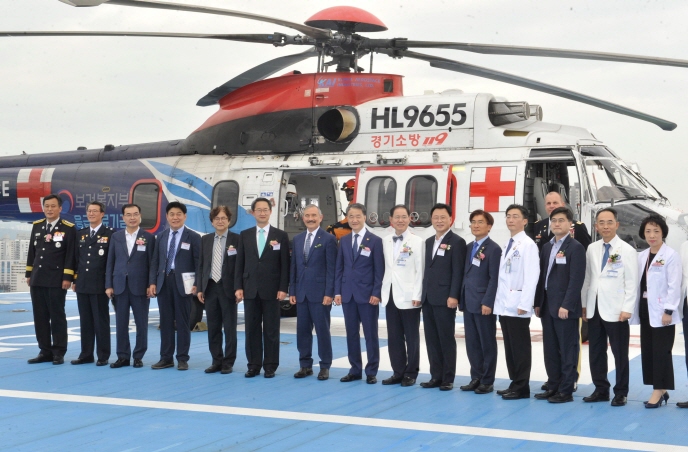 The emergency medical service (EMS) rotary aircraft, referred to as “doctor helicopters” here, have conducted some 9,000 flights and transported around 8,300 gravely sick patients and those living in remote areas who cannot be readily reached by conventional ambulances, according to the Ministry of Health and Welfare.

The seven choppers in service at present have been able to carry out their missions to save lives in an effective and economical manner with each unit costing 3-4 billion won (US$2.5-3.3 million) to operate per year.

The helicopters, which are leased and operated by large university hospitals in cooperation with fire departments in six provinces and major cities, can cover the whole country.

The ministry said that while the AW-109 and AW-169 units that have carried the bulk of EMS flights in the past only operated in good weather and in daylight, the introduction of the larger H225 chopper in late August will allow 24-hour, all-weather service.

The large helicopters have a range of close to 840 kilometers, allowing them to fly to any part of South Korea from their base at Ajou University Hospital in Suwon, 45 kilometers south of Seoul. They can ferry six patients at once.

While existing helicopters being flown are all foreign made, in the future, Surion choppers made by Korea Aerospace Industries will be used, according to the ministry.