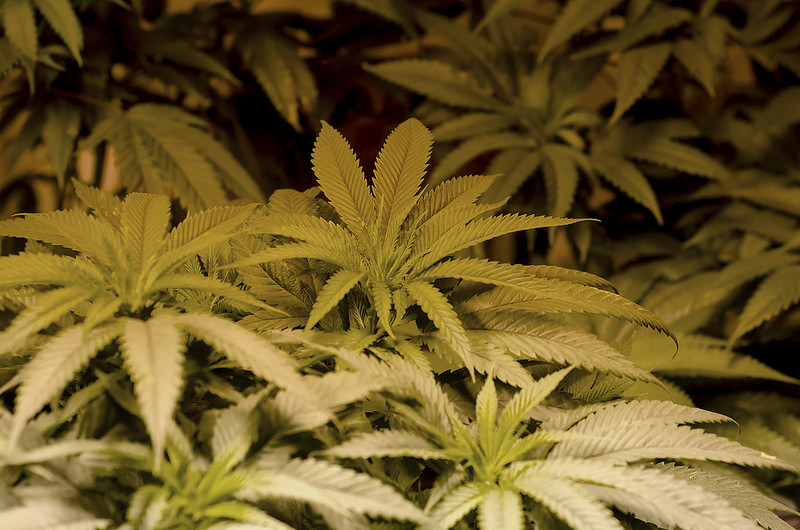 As the rules in Canada change April 1st to allow licensed commercial growing of medical marijuana, junior mining companies are doing what they are good at. (image: Brett Levin Photography/flickr)

VANCOUVER, March 25, 2014 (Korea Bizwire) – In mining, claims staked are the first step in mine development. As the rules in Canada change April 1st to allow licensed commercial growing of medical marijuana, junior mining companies are doing what they are good at; staking their claims in this high growth space. As more US states plan and/or pass the legalization to allow medical and in some cases recreational marijuana—20 have legislations pending– the market is forecast to hit $10.2 billion in less than 5 years.

Investors could be well served by this trend, but as the space builds out, it is important that the players also have viable mining businesses. What links the two industries is that they are both highly regulated. Having worked within a regulated mining framework definitely gives a new entrant a leg up in this new industry.

Cavan Ventures (CVN:TSXV) is just such a company. Whether it is advancing it’s two, drill ready graphite properties in Quebec or diversifying into new ventures, management’s eye is firmly focused on adding shareholder value.

“While we advance our flagship graphite properties, we are actively moving to strengthen our board and management team to add significant value through the Legal Medical Marijuana space,” stated Peter Swistak, President of Cavan Ventures. “Given our reputation in the mining business as company builders, we have had substantive opportunities brought to our attention which we are treating as added value to enhance and expand our mandate of driving consistent shareholder value.”

Cavan recently announced drill programs at both of its 100% owned Buckingham and Tetepiska-east graphite properties in western and northeastern Quebec. Buckingham covers 1700ha and is 1.7 km north of the Walker mine, which produced from 1876-1920. Cavan plans to drill 5 holes (1200m) to the graphite mineralization.

Tetepiska-East covers 3000 ha. The diamond drilling program at Tetepiska will include five to six holes totaling up to 1,200 meters, designed to test the graphitic mineralization at depth as well as their lateral extension. Channel samples showed grades including 48.8% Cg, 52.65% and as high as 63.5%. Several of the claims are close to or adjacent to Mason Graphite’s Lac Guéret, which recently reported measured plus indicated resources of 50 million tonnes at an average grade of 15.6% Cg and cut-off grade of 5% Cg.

Both of these properties show exceptional potential and the Company intends to release results as available.

With a modest market cap of $2.3 million, Cavan investors appear to be getting a decent set of asset for the money. Add in the exploration potential and value-add of diversifying into the Marijuana and hemp space, CVN makes a compelling spec.

Activity in the Medical Marijuana space has been buoyant over the last few weeks. Many companies’ who have mentioned plans to get into the space have seen share prices gap on the news. The true test will come upon fleshing out the details, but news will be coming rapid fire, so it pays for investors to remain attentive and vigilant.

Nest Gen announced the Company is taking steps to become the financier, mentor and strategist of choice for companies with substantive business plans and opportunities. Shares moved from sub $0.10 in early February hitting $0.70 last week.

Thelon Capital adds Scott Walters to the Board. Shares move from $0.01 in early February to peak at $0.16 last week.

The catharsis in the mining space appears to be growing daily, and is obviously past the point of merely being a trend. The constituents of the companies noted bring decades of business building expertise to these new initiatives and the industry will likely move extremely quickly once the April 1st deadline passes.

Changes in the Health Canada regulations will allow licensed commercial growers to supply the marketplace. Individual licenses (people with existing authorization to possess, designated-person production or personal-use production licences issued under the old rules) will still be permitted to possess and/or grow medical marijuana past April 1.

Obviously the need is paramount to sort out this fragmented industry quickly. The key for investors will be to align themselves with savvy business builders who can quickly and decisively evaluate and execute either organically, or on the best potential business proposals among dozens, if not hundreds that will likely appear.

Until then, it is important to not eschew the core businesses of companies like Cavan, which continues to advance its properties through drill programs and on to production. Cavan believes it is very near to a major discovery to prove up its Quebec properties. The need for quality graphite is unquestioned, particularly in light of recent announcements by Tesla and its plans to build the largest Lithium Ion battery plant in the world, driving a further wedge into an already challenging supply profile.

Continue to buy juniors for the E&P potential, but stay focused on the Medical Marijuana sector which appears to be unfolding quickly and profitably.