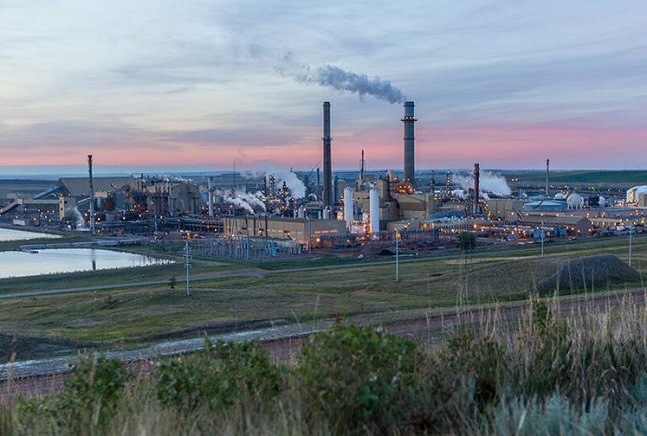 “The MHA Nation is excited to become part of this world class clean hydrogen development,” said Mark N. Fox, Chairman of the MHA Nation. “Natural gas from the Fort Berthold Indian Reservation will enable the clean energy we need to save our planet, and in the process will allow us to put in place the infrastructure needed to end the excessive flaring of natural gas on our lands, improving the quality of life of our members.”

“I believe it is possible to develop the clean energy our country needs while doing good in local communities,” said Jim Sinegal, Costco co-founder, retired CEO and a major shareholder in Bakken Energy. “Partnering with the MHA Nation allows our Great Plains Hydrogen Hub to do just that.”

“Bakken Energy’s Great Plains Hydrogen Hub is a bold undertaking, but we embrace it and we welcome with open arms the MHA Nation as a partner in this project,” said Steven Lebow, Chairman and Founder of Bakken Energy.  “For us, the Hub is the beginning of building the next great company in the clean energy field, focused on making clean, affordable hydrogen available to drive hydrogen adoption and accelerate decarbonization.”

The Great Plains Hydrogen Hub is the redevelopment of Basin Electric Power Cooperative’s Great Plains Synfuels Plant, originally built in 1984, will serve the upper Midwest and is expected to be commercially operational in early 2027 when it will be one of the largest clean hydrogen production facilities in the United States with a gross production capacity of 348,000 metric tons/year of clean hydrogen and the cost of production will be the lowest in the country. The Great Plains Hydrogen Hub will be a regional hub, producing, delivering, and storing clean hydrogen for transportation, agriculture and other decarbonization needs in the upper Midwest. By using state-of-the-art auto thermal reforming, carbon capture and sequestration, the hydrogen will be 96% carbon-free. This transition to clean hydrogen production will cut carbon emissions by an estimated six million metric tons per year, or the equivalent of the carbon emitted from one million cars. The capital cost of the project is estimated to be $2 billion.

“Our Great Plains Hydrogen Hub achieves the objectives of the Department of Energy’s Hydrogen Shot – large scale clean hydrogen production at $1/kg by 2030 – and it does so years ahead of time,” said Mike Hopkins, CEO of Bakken Energy. “The redevelopment gives us an unbeatable cost advantage which will enable the build out of infrastructure that will benefit additional hydrogen production, including hydrogen from renewables, on our way to becoming the largest and lowest cost producer of clean hydrogen in the country.”

“The energy transition requires unprecedented collaboration. Partnering with the MHA Nation will enable us to build out the hydrogen infrastructure in the Midwest cost effectively and help accelerate the energy transition. The North Dakota hydrogen hub is critical to achieving net-zero.” said Bill Newsom, President and CEO of Mitsubishi Power Americas, Inc. “Together with our partners, we are creating a Change in Power.”

“The State of North Dakota looks forward to being the home of the Great Plains Hydrogen Hub, which will be a key contributor to achieving our goal of carbon neutrality by 2030 and a key player in the emerging hydrogen economy,” said North Dakota Gov. Doug Burgum. “This partnership between MHA Nation and Bakken Energy will add value to North Dakota’s abundant natural gas resources while also advancing our shared goal of reducing flaring. We support hydrogen development as part of our all-of-the-above energy approach and efforts to create jobs, diversify our economy and bolster U.S. energy security.”

About Mandan, Hidatsa, and Arikara Nation

The Mandan, Hidatsa and Arikara (MHA) Nation, also known as the Three Affiliated Tribes, is a federally recognized Indian tribe located on the Fort Berthold Indian Reservation in central North Dakota. The Reservation surrounds the Missouri River and consists of approximately 1 million acres. The MHA Nation is engaged in the responsible development of the vast oil and gas resources on the Reservation, with Reservation production accounting for about 20 percent of production in the state of North Dakota. There are currently over 16,900 enrolled members with nearly 40 percent of those members residing on the reservation. The Nation employs close to 1500 individuals who assist in providing tribal services and administering various federal and non-federal programs. The mission of the Three Affiliated Tribes is to provide to the Tribe and people, maximum quality services, by being responsible, accountable, respectful, caring, and incorporating the traditional values of its elders and ancestors. For more information visit the MHA Nation website.

Bakken Energy, LLC, is a clean hydrogen infrastructure development company that intends to be the largest and lowest cost producer of clean hydrogen in the country, starting with the creation of the Great Plains Hydrogen Hub. Bakken Energy was formed from the Family Office of Founder and Chairman Steven Lebow. Previously Lebow founded and co-led Donaldson, Lufkin & Jenrette’s (DLJ) Los Angeles office and created and led GRP Partners, a U.S. and European venture capital firm. From almost day one, he was the primary financier for companies including Costco Wholesale, PetSmart, Dick’s Sporting Goods, Envestnet, Bill Me Later (sold to PayPal) and ULTA Beauty. For more information, visit the Bakken Energy website and follow us on LinkedIn.