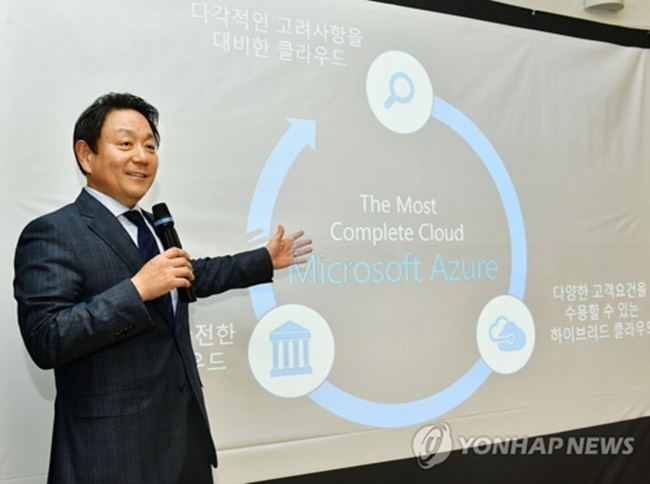 Microsoft opened two data center regions in South Korea for Azure in February 2017, one in Seoul and another in the southern port city of Busan. The company’s data center regions are large complexes that serve a given geographic location considered a core area for cloud computing service.

The executive also said sales of its other cloud computing service, Office 365, jumped nearly 40 percent on-year during the cited period.

Microsoft currently operates 50 Azure regions across the world, with 13 of them located in Asia, and offers cloud computing service in some 140 countries.

Cloud computer services have become one of the core infrastructures for the Internet of Things, big data and other new Internet technologies. Major players, including Amazon and IBM, have become front-runners in the South Korean market.