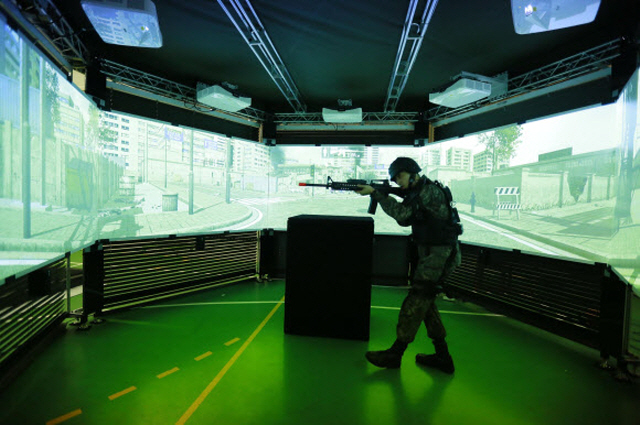 The military seeks to use virtual reality headsets and other electronic devices for troops to practice various combat operations. (image: ROK Army)

Defense Minister Jeong Kyeong-doo convened a session of his ministry’s “smart defense innovation” panel to discuss how to capitalize on such new technologies to advance the country’s defense sector.

For field training, the military is exploring ways to use virtual reality and augmented reality to enable troops to hone their combat skills through computer programs based on numerous operational scenarios.

It also seeks to use virtual reality headsets and other electronic devices for troops to practice various combat operations, including those for coastal and city-center defense.

“The technology-based training sessions will help address such issues as a shortage of outdoor training facilities due to the country’s urbanization, safety risks and complaints from residents,” the ministry said in a statement.

The military, in addition, seeks to use 3D printing to develop military garments and combat gear tailored for individual soldiers, and big data to effectively manage the life cycles of munitions and other equipment.

The ministry plans to flesh out a comprehensive plan for technology-based reform in the coming weeks.