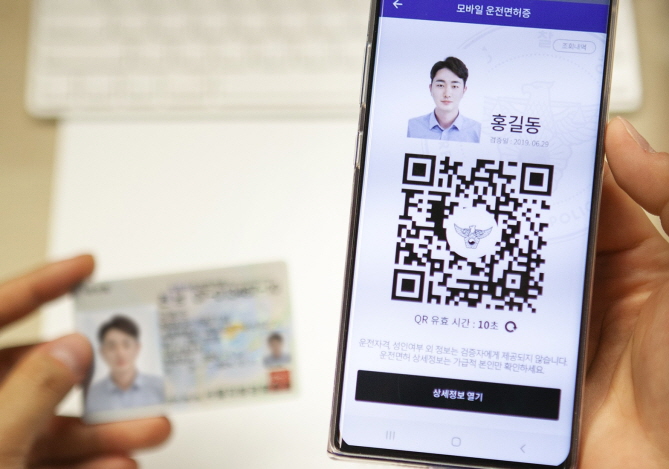 A prototype of the mobile driver’s license to be used in South Korea. (image: KT Corp.)

The mobile ID card system will be first introduced to civil servants late this year, according to the Ministry of the Interior and Safety and the Ministry of Personnel Management.

The smartphone-based ID card system will then be expanded to the issuance of driver’s licenses in 2022, the ministries said.

Civil servants at central government offices will be able to use a digital form of ID card via their smartphones from late this year, instead of carrying plastic ID cards deemed vulnerable to forgery, alteration or theft, they said.

To avoid confusion, the mobile ID cards will be used in parallel with the current plastic cards for the time being, they added.

After verifying the convenience and safety of the mobile public official ID cards, the government plans to additionally introduce the mobile ID system to the certificates of persons with disabilities next year and to driver’s licenses in 2022.

The government will continue to expand cooperation with smartphone makers and cyber security institutions to improve the safety of mobile ID cards, the ministries said.