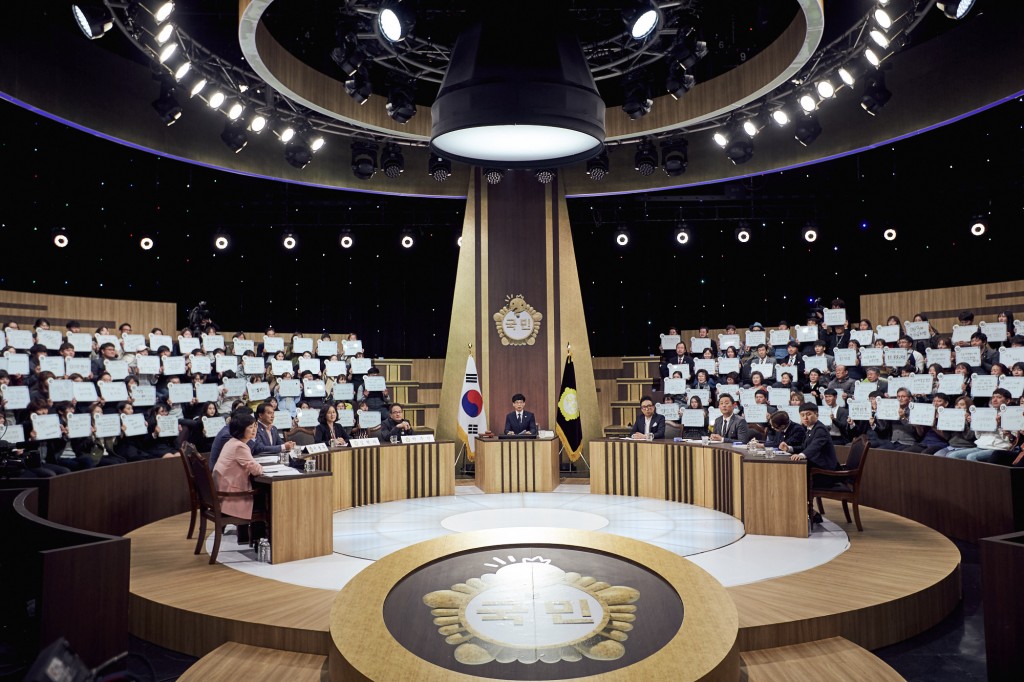 Infinite Challenge has since issued an official statement saying that the public will be kept up to date with the latest on the six bills. (Image: MBC)

SEOUL, April 10 (Korea Bizwire) – Popular South Korean TV Show Infinite Challenge is incorporating entertainment into lawmaking as several lawmakers who appeared on the show are set to propose six new bills to the National Assembly after discussing reforms to the current law with the show’s fans earlier this month.

Infinite Challenge’s move to tap into the current proactive political engagement among young people and give them a voice comes after two special episodes aired earlier this month where viewers and five politicians discussed current social issues and possible countermeasures to tackle them.

Since the lawmaking episodes aired, an additional meeting was held between the show’s staff and the politicians where they decided to propose six new bills to start with.

The six bills lawmakers are set to propose will see severe punishment for child abuse crimes, housing assistance for young people, and protection for the rights of part-time workers, to name a few.

Infinite Challenge has since issued an official statement saying that the public will be kept up to date with the latest on the six bills.

Among the several lawmakers who made an appearance in two separate episodes which aired on April 1 and 8 are Park Joo-min from the opposition Democratic Party, Oh Shin-hwan from the Bareun Party, and Lee Yong-ju from the People’s Party.