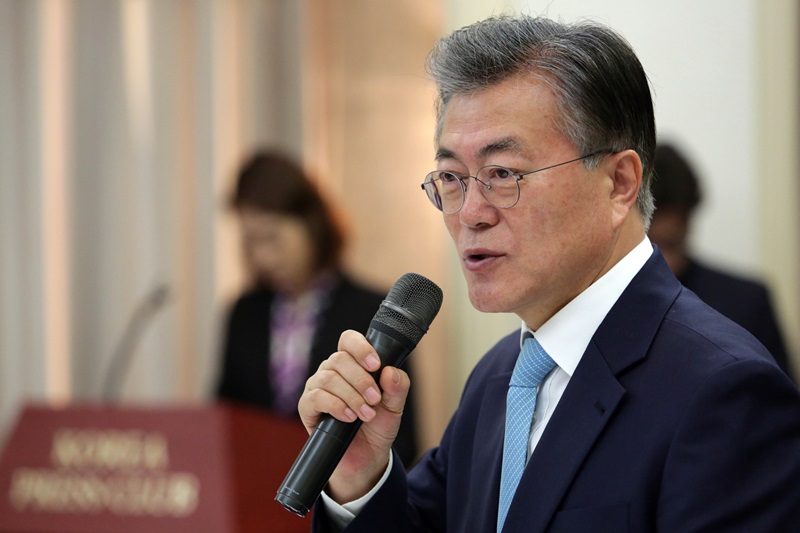 Moon’s liberal Democratic Party opened the online fundraiser at 9 a.m. and closed it an hour later after thousands signed up to donate, apparently far more than the party originally sought.

A total of 10,543 people signed up to crowdfund Moon’s campaign in just 61 minutes, while 4,488 of them have actually deposited or wire transferred a combined total of 32.98 billion won (US$28.9 million), according to party officials.

The money raised Wednesday will be used to pay for Moon’s campaign for the May 9 election, which could cost up to 50 billion won.

It will be paid back, with an annual interest of 3.6 percent, on July 19 when the party and its presidential nominee will have their costs reimbursed by the election watchdog, according to party officials.

Each candidate may be reimbursed up to 50.9 billion won, a ceiling placed by the National Election Commission, as long as they win more than 15 percent of all eligible votes cast in the upcoming election.

A return on investment in Moon’s election fund is considered a sure bet as the liberal presidential nominee currently leads most opinion polls, enjoying an approval rating of over 40 percent in some.

The party officials said the election funds were designed to give people a chance to become part of shareholders in a regime change.

Moon, if elected, will be the country’s first liberal head of state in a decade since the late former President Roh Moo-hyun’s 2003-2008 presidency.