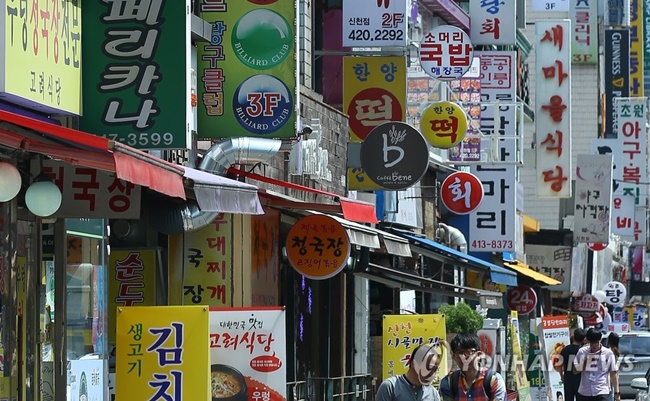 No sector saw more businesses open than close during the second half of last year, with only the retail industry having the same number of businesses come and go. (Image: Yonhap)

According to a report from property research institute Research & Review, which was based on data from the Small Enterprise and Market Service, 2.5 percent of small businesses in the eight most popular sectors closed during the second half of last year, while newly opened businesses accounted for 2.1 percent of the total.

The food industry is the most contended sector, according to the report, with 3.1 percent closing and 2.8 percent opening over the same period.

In the meantime, the sports sector had the biggest gap between business closures and business openings, accounting for 1.9 percent and 0.6 percent, respectively, becoming the least popular sector among South Korean entrepreneurs.

No sector saw more businesses open than close during the second half of last year, with only the retail industry having the same number of businesses come and go.

“Due to the aging population and the unemployment crisis, a significant number of South Koreans are rushing to be self-employed, but only a few go on to succeed,” a senior official at Research & Review said.

“Growing competition, a decreasing number of tourists, weak consumer sentiment caused by a rise in the cost of living, and rising labor costs all affected small businesses negatively.”