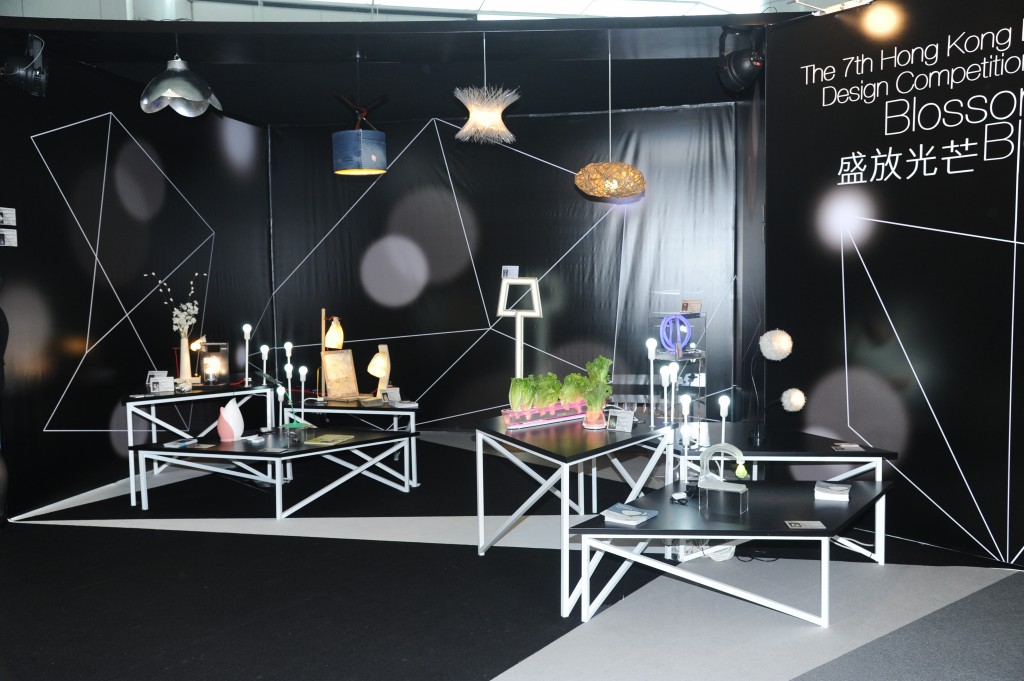 The winning pieces of Hong Kong Lighting Design Competition were on display throughout the fair period. “Blossom Blooms” was the theme of this year’s design competition. (image: HKTDC)

Hong Kong exhibitor SKN Global Ltd presented the worldwide launch of Ford lighting at the fair. Company Managing Director Frank Kauer said the fair had attracted quality buyers from all over the world. “We have received a lot of enquiries from many international buyers, including those from Europe, South Africa, Southeast Asia and the US.”

Jim Hardaway, Vice President of lighting brand Viribright, said he expected business to grow by more than 20 per cent despite the continuing drop in LED prices, thanks to improving market conditions in Europe and North America. Mr Hardaway met with key buyers from the Middle East, Spain, Mexico and Australia, all interested in green lighting products and high efficiency LED lighting. Some of the buyers ordered samples on site.

Spanish buyer Francisco Jose Garcia Campuzano sourced LED lighting products on his first visit to the fair. He said LED lights are preferred in the Spanish market because of longer lifespan and higher luminance. “Quality is our priority when it comes to LED lighting. We have seen many suppliers who can meet our requirements, so we are confident that we can find suitable suppliers,” he said.

The Spring Lighting Fair’s Small-Order Zone featured some 400 showcases, offering about 4,000 products. These were available in minimum orders ranging from five pieces to 1,000. The zone attracted more than 8,300 buyer visits during the four-day fair period, generating over 20,000 business enquiries. US buyer Brenton Mauriello, CEO of Flexfire LEDs, Inc, operates an online store that sells LED lights and strip lights. He visited the fair for the first time to meet with existing suppliers and look for new suppliers. Mr Mauriello was particularly impressed with the Small-Order Zone, as it gave him a lot of new product ideas.

A statutory body established in 1966, the Hong Kong Trade Development Council (HKTDC) is the international marketing arm for Hong Kong-based traders, manufacturers and service providers. With more than 40 global offices, including 13 on the Chinese mainland, the HKTDC promotes Hong Kong as a platform for doing business with China and throughout Asia. The HKTDC also organises trade fairs and business missions to connect companies with opportunities in Hong Kong and on the mainland, while providing information via trade publications, research reports and online. For more information, please visit:www.hktdc.com. Follow us on Google+, Twitter @hktdc, LinkedIn.