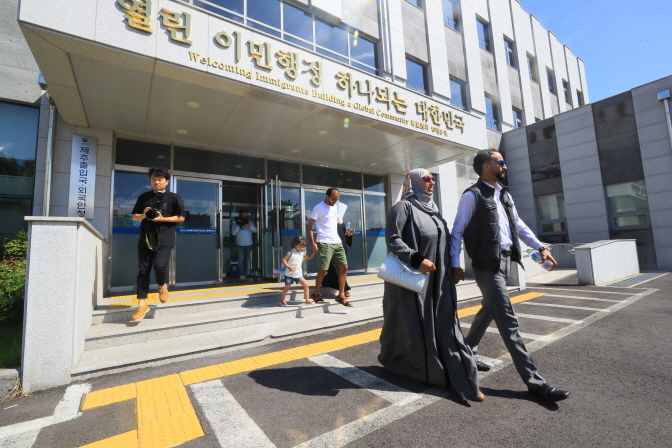 SEOUL, July 17 (Korea Bizwire) — For the first time in history, the number of refugees who received official permits for residence in South Korea has exceeded 3,000 people.

Between 1994 and 2019, 3,373 individuals were granted refugee status and offered residential permits based on humanitarian needs, the Ministry of Justice said on Thursday.

The total number of requests by asylum seekers to be recognized as refugees reached 64,357 cases, surpassing 50,000 people over the past 25 years.

Between 1994 and 2019, a total of 1,022 asylum seekers were recognized as refugees. The number of humanitarian status holders reached 2,217 people.

In sum, a total of 3,239 refugees are now living in South Korea.

Among those who applied for refugee status last year,18.3 percent were of Russian nationality, followed by Kazakh (14.9 percent), and Chinese (12.9 percent).