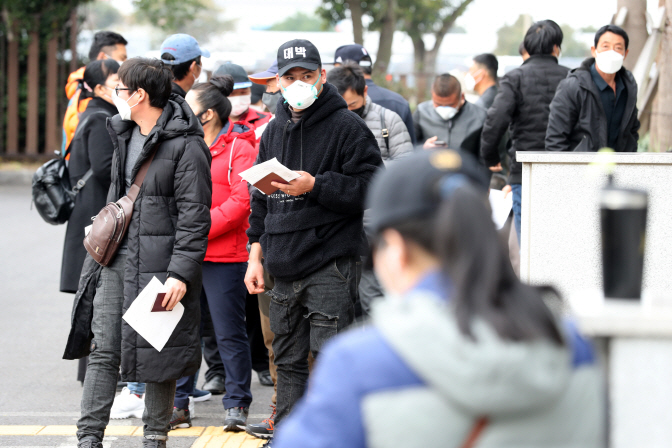 The Korea Immigration Service reported there were 2,172,000 foreigners residing in South Korea as of late September, up by 2.3 percent from August.

Among them, 402,755 foreigners were undocumented and had failed to leave the country after their visas expired.

This year, undocumented immigrants jumped in number by approximately 3,000 people every month before soaring to 7,446 people in August and 8,266 people in September — an increase of 15,712 people in just two months.

The number of undocumented immigrants first exceeded the 200,000 hurdle in 2014 and has continued to rise every year.

The number of South Koreans and foreigners entering or leaving the country stood at 1,841,000 people last month, down by 9.7 percent from the previous month but more than three times higher than last year.