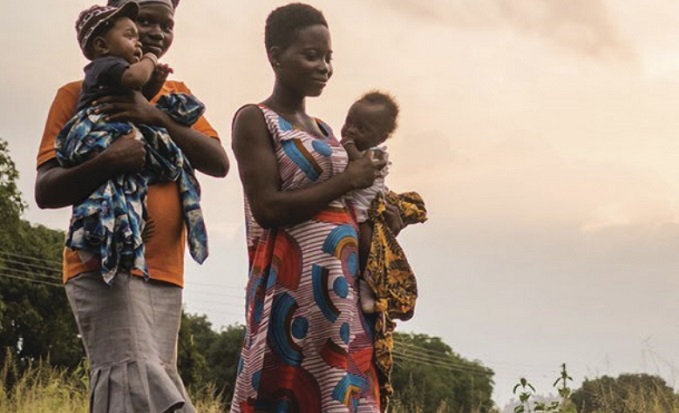 TOKYO, Dec. 8 (Korea Bizwire) — Government and private sector donors have pledged more than US$27billion at the Tokyo Nutrition for Growth (N4G) Summit this week to address the global malnutrition and hunger crisis. Represented by five Heads of State and Government, 45 countries with high burdens of malnutrition and a dozen donors delivered renewed policy and financial commitments to end malnutrition. These commitments demonstrate country leadership and prioritization of nutrition at a crucial time, as fiscal resources are constrained and malnutrition rates are on the rise due to the continuing global COVID-19 pandemic.

“More than 140 million children suffer from stunting, and undernutrition is considered as an underlying cause of nearly half of deaths of children under five years old. Moreover, COVID-19 cast a significant impact on nutrition. The pandemic will likely cause 13.6 million more children to suffer from wasting,” said Japan’s Prime Minister, Fumio Kishida. “Let me recall our Sustainable Development Goal to end hunger, achieve food security and improve nutrition, and promote sustainable agriculture by 2030. Now is the time for us to take action. No one should be left behind.”

At the event, Japan committed over US$2.8 billion to provide nutrition-related assistance globally. Among other priorities, this investment will contribute to the achievement of nutrition in Universal Health Coverage and efforts to create more sustainable and nutritious food systems.

In addition to the donor’s pledge, countries with high burdens of malnutrition led the way at the Summit, delivering pledges towards increased domestic programming, as well as promising stronger policies and programs to reduce malnutrition rates. For example, Bangladesh, represented by Prime Minister Sheikh Hasina, committed to cut anemia rates by one-third, stunting among children by one-fifth, and wasting among children by one-quarter within the next five years.

The Government of Indonesia committed to fight malnutrition, and specifically to accelerate efforts to reduce stunting nationwide. Resources will support maternal and child nutrition interventions, including promotion of infant and young child feeding, nutritional supplementation for adolescent girls and pregnant women, and nutrition care and support for children with severe malnutrition.

The 2015 Global Nutrition Investment Framework, led by the World Bank and Results for Development, identified a nutrition financing gap of more than US$700 billion dollars over 10 years to deliver evidence-based interventions that are largely delivered through the health sector. While the Summit’s commitments represent a significant step forward, they are still nowhere near what is necessary to end malnutrition.

UN agencies also delivered renewed commitments at the Summit. By 2025, UNICEF aims to reach at least 500 million children, adolescents and women annually with malnutrition prevention programs for the prevention of stunting, wasting, micronutrient deficiencies, overweight and obesity. The World Health Organization (WHO) committed to developing a Global Action Plan to prevent and manage anemia in women and children and to accelerate progress toward reducing anemia in women of reproductive age by 50% by 2030. The World Food Programme committed to increase the proportion of its programs’ beneficiaries who consume healthy diets from 40% in 2020 to 80% in 2025.

Even before COVID-19, the global burden of malnutrition remained worryingly high, though progress was being made in reducing the more severe forms of malnutrition, including stunting and wasting in early childhood. Malnutrition triggered by COVID-19 could kill 283,000 more children aged under-5, leave 13.6 million more wasted and 3.6 million more stunted, and make 4.8 million more women anemic over the next three years.

The Nutrition for Growth Summit—held on 7th and 8th December—focused on improving nutrition outcomes through universal health coverage, food systems transformation, and greater resilience in fragile and conflict-affected states. The Summit also emphasized financing and strong data systems as essential to strengthening program design, delivery, and accountability. The Summit is the culmination of the Nutrition for Growth Year of Action—a global effort to bring together country governments, donors, businesses, and UN agencies to accelerate progress on malnutrition.

During the closing session of the Tokyo Summit, French Minister for Europe and Foreign Affairs, Jean-Yves Le Drian, delivered France’s commitment to host the next Nutrition for Growth Summit linked to the Paris Olympic Games in 2024. The next Summit will be an opportunity to review progress and accountability for commitments delivered this week—and to deliver new commitments to combat malnutrition in the final five years of the Sustainable Development Goals.

The Nutrition for Growth Compact and an Annex of commitments is available online.

The first Nutrition for Growth Summit, hosted by the UK Government in London in 2013, and linked to the London Olympic Games, secured commitments of over US$4 billion to tackle undernutrition, and US$19 billion in complementary nutrition-sensitive investments between 2013 and 2020.

Global nutrition donors have all largely delivered on their previous Nutrition for Growth financial commitments, some several years early. According to the 2018 Global Nutrition Report, 10 of the 2013 signatories pledged a collective US$19.6 billion by 2020. The same 10 donors (US, EU, UK, the Bill & Melinda Gates Foundation, Children’s Investment Fund Foundation, World Bank, Netherlands, Ireland, Germany, and Australia) cumulatively disbursed US$21.8 billion ahead of the 2020 goal.