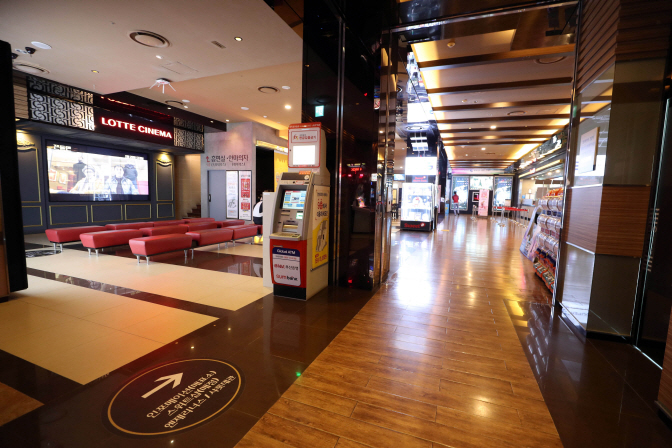 SEOUL, March 13 (Korea Bizwire) — The number of moviegoers in South Korea fell to a 15-year low in February out of intensifying fears over the infectious coronavirus, data showed Friday.

According to the data by the Korean Film Council (KOFIC), a total of 7.37 million people went to the cinema last month, plunging 66.9 percent from 14.9 million tallied a year ago.

It is the smallest February number since 2005, when monthly admissions came to 11.3 million. It is also the first time in 15 years that the February admission dropped below the 10 million line.

KOFIC said the number of moviegoers has dropped far more sharply than the previous epidemic cases in South Korea, such as the 2009 influenza pandemic and the 2015 MERS outbreak.

In 2009, South Korea reported about 750,000 infections of the novel H1N1 influenza, with 263 deaths, while 186 cases were confirmed with the Middle East Respiratory Syndrome (MERS) infection, including 39 deaths.

“The film industry was rarely affected by the influenza spread in 2009,” the KOFIC said. “The number of audience fell sharply only for nine days a day after the first MERS death was reported.”

However, the coronavirus scare has overshadowed the film industry more overwhelmingly and longer, it noted.

Against the backdrop, about 50 Korean and foreign movies set to hit local screens in February and March have reportedly postponed their opening schedules.

The number of confirmed cases of the COVID-19 virus has soared to nearly 8,000 in South Korea since its outbreak on Jan. 20.

The government asked its people to refrain from outdoor activities and mass gatherings, raising the virus alert to the highest level last month.