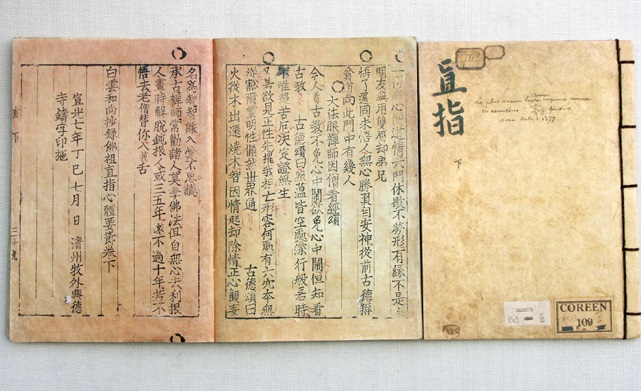 The book, written by Ven. Baegun about the Zen teachings of great Buddhist priests, was printed by his two disciples in 1377.

In 2001, “Jikji” was confirmed by UNESCO as the world’s oldest book printed with movable metal types and was included in its Memory of the World Program.

The city said Early Printing Museum of Cheongju will translate the ancient Chinese text into Korean, English, Japanese, Chinese, French, Spanish, Arabic and Italian. Those versions will be displayed in its new global website.

It plans to build the site by the end of August and launch it during the annual Jikji Korea International Festival to be held from Sept. 4-8.

“We will create a website in various languages to effectively promote ‘Jikji’ to the world,” a museum official said.