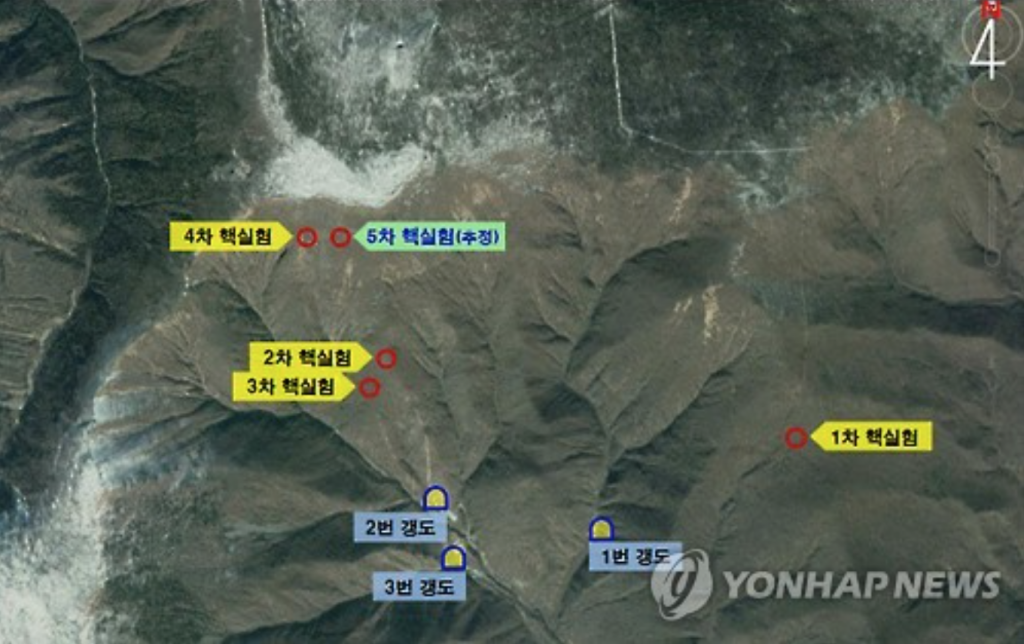 The photo shows a map that marks the sites where the previous five nuclear tests were conducted in North Korea since 2006 (yellow) and the No. 3 tunnel (blue), the predicted location for another possible nuclear test within this year. (image: Yonhap)

“North Korea appears to be fully ready to carry out a nuclear test at its Punggye-ri test site on short notice. We are closely watching for any moves indicating another test,” an official familiar with the matter said asking not to be named.

He pointed out that while the second shaft at Punggye-ri has been used four times in the past, the adjacent third tunnel has never been utilized despite the fact that it has undergone preparations. The first shaft at the test site was used to detonate the North’s first nuclear device in 2006, with the second tunnel complex being used for the 2009, 2013 and two 2016 tests.

On Friday, the North conducted its fifth nuclear test and warned it would continue to strengthen its nuclear capabilities despite the international community’s efforts to use additional sanctions to stop it.

The North’s remarks were interpreted by South Korea and the United States as an indication of a sixth test within a short period of time. Some local North Korean watchers have said that Pyongyang could carry out another nuclear detonation within the year.