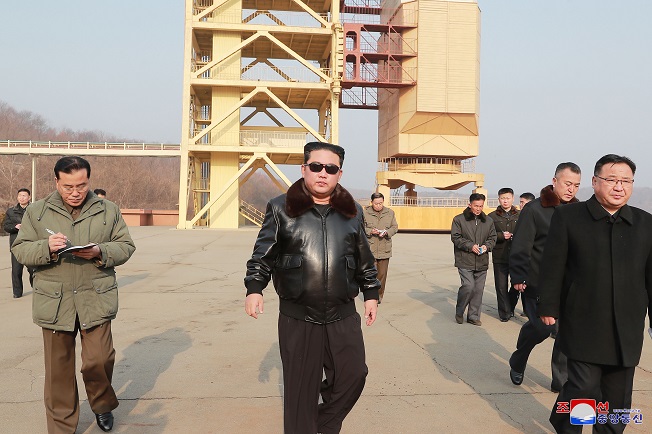 The chain of choreographed episodes signals Pyongyang has edged closer to making good on its veiled threat in January to suspend a self-imposed moratorium on nuclear and intercontinental ballistic missile (ICBM) tests, they said.

Earlier in the day, Seoul and Washington announced their assessment that Pyongyang’s purported satellite tests on Feb. 27 and Saturday were part of efforts to develop a new ICBM system ahead of a possible full-range rocket launch.

“The North appears to be ratcheting up pressure on the U.S. to give sanctions relief in return for an extension of the moratorium,” Park Won-gon, professor of North Korea studies at Ewha Womans University, said.

“The threat to end the moratorium is something that can help attract America’s attention, and thus the North seems to be hinting that it can deliver on that threat if its demands are not met,” he added.

The professor, however, forecast the North would be “cautious” about upending the moratorium — declared in April 2018 — as it could be one of the few, powerful bargaining chips the North has to extract U.S. concessions.

The North’s official Korean Central News Agency (KCNA) reported Friday its leader Kim had recently visited the Sohae Satellite Launching Ground on the west coast capable of firing ICBMs. There, he called for the site’s expansion and modernization.

A day earlier, the KCNA said Kim visited the National Aerospace Development Administration and stressed the “important strategic and tactical” defense policy against the “aggression troops of the U.S. imperialism and its vassal forces in and around the Korean Peninsula.”

The KCNA reports followed the North’s two tests to develop a “reconnaissance satellite,” which spawned speculation Pyongyang could conduct an ICBM under the disguise of a “peaceful” space development project.

The South and the U.S. presume in the two tests, the North tested a component of the Hwasong-17 ICBM unveiled during a military parade in October 2020. Some outside observers described it as a “monster ICBM” for its size. 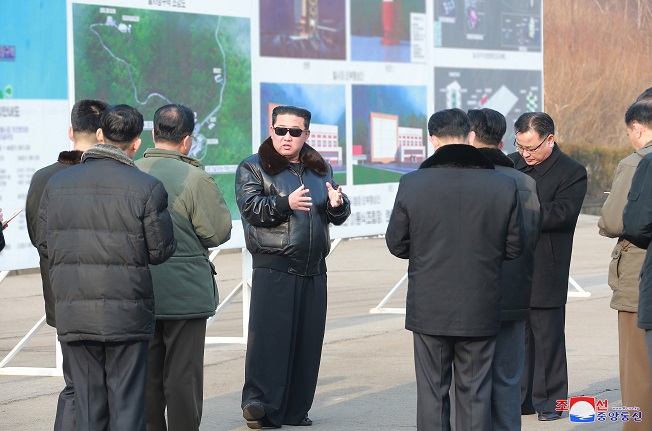 The twin tests came as growing concerns the recalcitrant regime could stage another major show of force in time for the 110th birthday of leader Kim’s late grandfather Kim Il-sung on April 15.

“Our assessment is that the North carried out the tests using the body of a new ICBM, but the North appears to have made some adjustments that made it appear to be a medium-range ballistic missile,” a South Korean military official told reporters on condition of anonymity.

But Seoul officials remain cautious about whether the North has breached the moratorium with the tests this and last month.

“They edged closer to its suspension, but it is not yet a suspension of the moratorium,” another Seoul official said on condition of anonymity.

The Hwasong-17 ICBM is known to be larger than the North’s Hwasong-15 ICBM that was fired in 2017 — a reason why it has earned the moniker, “monster.” It is thought to carry multiple warheads, possibly including decoys.

When it first emerged at the parade, the newest ICBM was mounted on a transporter erector launcher (TEL) with 22 wheels, compared with an 18-wheel TEL used to carry the Hwasong-15 ICBM with a range of around 13,000 kilometers.

The North’s push to sharpen ICBM capabilities has been a major source of concern, especially for the Biden administration.

Analysts said the North could use its ICBMs to threaten to strike U.S cities under a broader scheme to prevent American forces from coming to the aid of the South in a contingency — a scenario that could lead to a decoupling of the alliance.

Along with the ICBMs, the North has been striving to develop other nuclear-capable delivery vehicles, like a submarine-launched ballistic missile.

In a move to counter North Korean missile threats, the U.S. Indo-Pacific Command has recently ordered intensified intelligence, surveillance and reconnaissance (ISR) collection activities in the Yellow Sea, as well as enhanced readiness among ballistic missile defense forces in the region.